The publisher of The New York Times penned a letter to readers Friday promising that the paper would “reflect” on its coverage of this year’s election while rededicating itself to reporting on “America and the world” honestly.

EDITOR’S NOTE: After getting their head handed to them by Donald Trump, the corrupt liberal media has come to a cold, hard, financially-motivated reality, and that is this. They have realized they can no longer continue to lie to to the American people, and that the crap they peddle will no longer be accepted. There is great satisfaction in watching them now, with their cover blown, squirming like the weasels they truly are. Thank you, president-elect Trump.

“We cannot deliver the independent, original journalism for which we are known without the loyalty of our subscribers,” the letter states.

Morning Joe Calls Out WAPO & NYT For Cheerleading NOT Reporting:

New York Post columnist and former Times reporter Michael Goodwin wrote, “because it the New York Times demonized Trump from start to finish, it failed to realize he was onto something. And because the paper decided that Trump’s supporters were a rabble of racist rednecks and homophobes, it didn’t have a clue about what was happening in the lives of the Americans who elected the new president.

Sulzbergers letter was released after the paper’s public editor, Liz Spayd, took the paper to task for its election coverage. She pointed out how its polling feature Upshot gave Hillary Clinton an 84 percent chance as voters went to the polls.

She compared stories that the paper ran about President-elect Donald Trump and Clinton, where the paper made Clinton look functional and organized and the Trump discombobulated.

Spayd wrote, “Readers are sending letters of complaint at a rapid rate. Here’s one that summed up the feelings succinctly, from Kathleen Casey of Houston: “Now, that the world has been upended and you are all, to a person, in a state of surprise and shock, you may want to consider whether you should change your focus from telling the reader what and how to think, and instead devote yourselves to finding out what the reader (and non-readers) actually think.”

The NYT would do well to plant some roots in Red America https://t.co/HDd4SFJqtq

She wrote about another reader who asked that the paper should focus on the electorate instead of “pushing the limited agenda of your editors.”

“Please come down from your New York City skyscraper and join the rest of us.”

Sulzberger—who insisted that the paper covered both candidates fairly– also sent a note to staffers on Friday reminding the newsroom to “give the news impartially, without fear or favor.”

“But we also approach the incoming Trump administration without bias,” he said. source 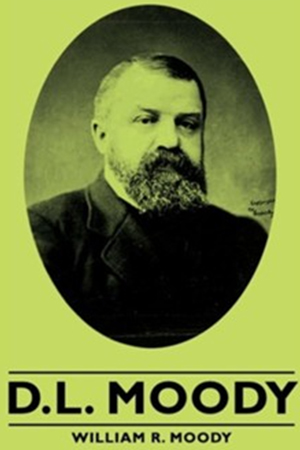 NTEB RADIO BIBLE STUDY: Bring Your Questions, Contradictions And Bible Befuddlement And Get It All Straightened Out In Our Open Forum

Will You Help Us Send Food, Clothing And King James Bibles To Hurricane Ian’s Victims, To Devastated People Who Need To See The Love Of Jesus Christ?

THE NTEB HOUSE CHURCH SUNDAY SERVICE: Your Service To The Lord Jesus Christ Should Cost You Something, What Is Your Threshing Floor?

Is This A Good Thing? Israel May Share Their Nuclear Secrets And Knowledge With Arab Nations In The Abraham Accord States Round About Them

With Chinese And Russian Warships Off Alaska, And Hurricane Ian Barreling Toward Florida, There Is No Better Time To Hand Out Gospel Tracts

Queen Elizabeth Is Dead, Prince Charles Who Called For ‘Trillions’ To Be At The Disposal Of Antichrist Will Now Be England’s First King In A Generation

Is This A Good Thing? Israel May Share Their Nuclear Secrets And Knowledge With Arab Nations In The Abraham Accord States Round About Them

SHOCK: Israel Has Just Announced They Will Tell The United Nations Tomorrow That They Are Ready To Finally Agree To The Two State Solution!

In Order To Better Protect Against COVID, Starbucks Announces They Will Be Going Cashless From Now On With Contactless Mobile App & QR Codes For Payment

In Stunning End Times Harbinger, Tesla Owner Brandon Delaly Has Car Key Microchip Implanted Into The Back Of His Right Hand Just Like Revelation 13