He believed that Harold Camping's "doomsday" was about to happen. Authorities pulled Frasno's body out of the lake just before midnight on Friday. Judgement Day was pegged for the... 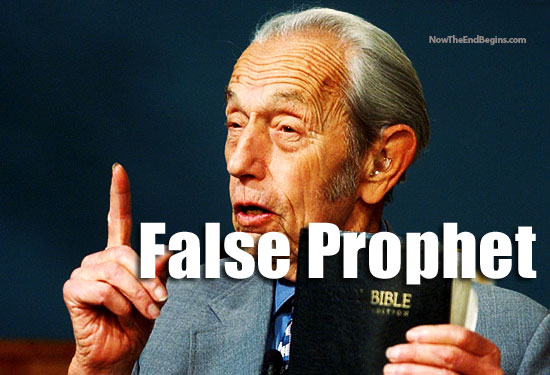 Harold Camping and the cult of Family Radio are responsible for the deaths of people who killed themselves prior to his false doomsday prophecy
by Geoffrey Grider May 26, 2011
NOW THE END BEGINS SHARE:

Yesterday, NTEB brought you the story of how Harold Camping’s false prophecies have had real and deadly consequences. Today that list continues to grow.

“He couldn’t swim. But that didn’t stop Victor Frasno from trying to cross a reservoir to ‘get to God’ moments before the first earthquakes of ‘Judgement Day’ were supposed to strike. The 25-year-old from Florida, who had been staying with family in California, eventually drowned in the 80-acre reservoir in Contra Loma Regional Park, Antioch on Friday night, investigators said.

Frasno, who was described by investigators as very religious, had also tried to pull his older brother into the water after saying he had been ‘chosen’. The 27-year-old, who has not been identified, managed to wriggle free before scrambling up the bank to get help. He last saw Frasno thrashing about while quoting from the Bible.

Authorities pulled Frasno’s body out of the lake just before midnight on Friday. Judgement Day was pegged for the next day based on a prediction by Oakland-based evangelist Harold Camping and his Family Radio group. The world kept turning, but investigators believe the frenzy that had been whipped up around the so-called ‘rapture’ with a global advertising campaign and vast media coverage may have helped to push Frasno over the edge. source – Daily Mail