Hamas leader Ismail Haniya, speaking before the fatalities occurred, said: “This is Friday, the day of rage. It is a day that will represent the start of a new... 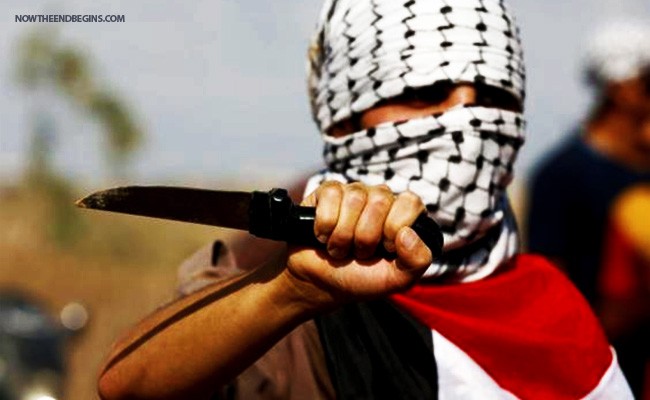 “This is Friday, the day of rage. It is a day that will represent the start of a new intifada in all the land of Palestine” – Hamas leader Ismail Haniya

Israeli troops have opened fire on Palestinian protesters along the Gaza border fence, killing at least six of them, while a Hamas leader proclaimed the start of a new intifada uprising and the two sides braced for protracted confrontation.

In the Muslim quarter of Jerusalem’s old city, tensions were high as Palestinian residents chafed at Israeli restrictions on who could enter Islam’s third holiest site, the al-Aqsa mosque, and voiced fears they would become the objects of Israeli reprisal attacks for the killing of two people including a settler rabbi, Nehemia Lavi, last Saturday. Seven Israelis were injured in four stabbing attacks on Thursday and an Israeli teenager was slightly wounded in Jerusalem. 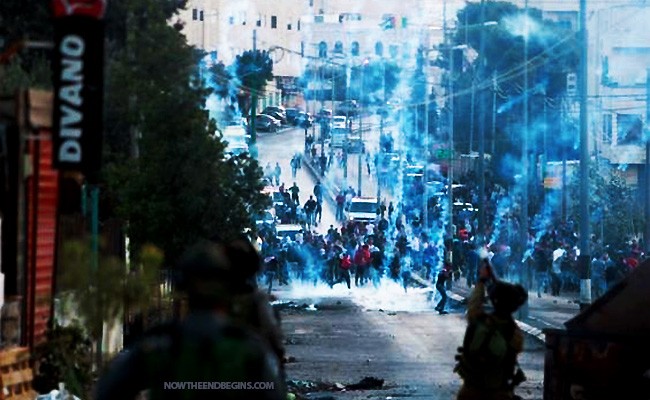 In the southern Israeli town of Dimona, an Israeli man stabbed four Arabs, wounding two of them seriously, in what was seen as a revenge attack. In the Kiryat Arba settlement in the occupied West Bank, a policeman was stabbed and wounded by a Palestinian who was shot dead by other officers. In the northern town of Afula, security forces shot and wounded an Arab woman after she brandished a knife and tried to stab a security guard, police said.

The violence’s immediate cause is the Palestinian perception that Israel is trying to impose Jewish prayer at the expense of Muslim primacy at al-Aqsa, which is on a site Jews revere as having housed the biblical temples. Israel denies changing the status quo and accuses Palestinian leaders of “inciting” the violence.

An Israeli army spokeswoman said that 200 Palestinians approached the border hurling rocks and rolling burning tires at the fence. Troops “responded with fire to the main instigators to prevent their advance and disperse the riot. We can confirm 11 hits. The riot is still ongoing”.

Palestinian witnesses said those killed and wounded had been fired on by army snipers from guard posts along the fence, Reuters reported. Israel imposes a security zone running about 300 metres into the Gaza Strip.

The killings raised the possibility that Hamas or other groups would retaliate with rocket fire from the Strip, creating a second front of the confrontation which has thus far rocked Jerusalem and the West Bank – over 900 Palestinians have been wounded in clashes with Israeli troops. “This level of conflagration and casualties has the prospect for escalation without a doubt,” said Yossi Alpher, former director of the Jaffee Centre for Strategic Studies. The violence started on 1 October when a settler couple was killed in a shooting in the northern West Bank.

Hamas leader Ismail Haniya, speaking before the fatalities occurred, said: “This is Friday, the day of rage. It is a day that will represent the start of a new intifada in all the land of Palestine.”

According to Reuters, he described those carrying out stabbings of Israelis as “heroes”. In the Muslim quarter of Jerusalem’s Old City, a sign written apparently by settlers and left at the site of Nehemia Lavi’s killing proclaimed: “Here Stood Accomplices to Murder.” Pointing to it, Palestinian pastry shop owner Mahmoud Sbeih said: “That’s why I’m afraid. They think this whole street is responsible.”  source