Current Crisis Of Leadership In Washington Reveals That US Is Broke, Baffled, Failing

The International Monetary Fund's new chief foresees "real nasty consequences" for the U.S. and global economies if the U.S. fails to raise its borrowing limit. Christine Lagarde, the first... 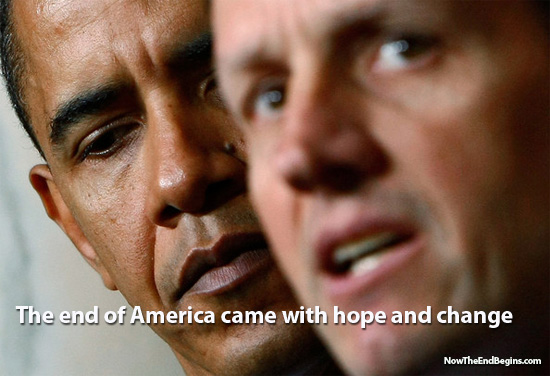 A truly sad state of affairs

Perhaps you’ve missed some of the more telling headlines lately, so please allow us to fill you in on what’s been going on.

IMF chief calls on US to raise borrowing limit: WASHINGTON – The International Monetary Fund’s new chief foresees “real nasty consequences” for the U.S. and global economies if the U.S. fails to raise its borrowing limit. Christine Lagarde, the first woman to head the global lending institution, said in an interview broadcast Sunday that it would cause interest rates to rise and stock markets to fall. That would threaten an important IMF goal, which is preserving stability in the world economy, she said. The U.S. borrowing limit is $14.3 trillion. Obama administration officials say the U.S. would begin to default without an agreement by Aug. 2. “If you draw out the entire scenario of default, yes, of course, you have all of that — interest hikes, stock markets taking a huge hit and real nasty consequences, not just for the United States, but for the entire global economy, because the U.S. is such a big player and matters so much for other countries,” she said. source – CNBC

Geithner says hard times to continue: Treasury Secretary Timothy Geithner (GYT’-nur) says many Americans will face hard times for a long time to come. He says President Barack Obama rescued the United States from a second Great Depression and will keep working to strengthen the economy. But Geithner says will be some time before many people feel like the country is recovering. Geithner tells NBC’s “Meet the Press” that it’s a very tough economy. He says that for a lot of people “it’s going to feel very hard, harder than anything they’ve experienced in their lifetime now, for a long time to come.” source – Yahoo News

Obama’s failed debt ceiling gamble:  Amid disturbing signs that the US recovery has stalled, President Barack Obama took a huge gamble in his approach to the debt-ceiling talks last week. Believing he had an understanding with John Boehner, leader of the Republicans in the House of Representatives, he declared he wanted a $4,000bn “grand bargain” on the budget. Barely a day later, Mr Boehner said the deal was off. By Sunday evening, with talks about to resume at the White House, the president’s gambit appeared to have failed. The weak economy makes a budget breakthrough all the more urgent. Jobs figures released on Friday were shockingly bad. They show that the US unemployment rate has risen again, to 9.2 per cent. In June, net job creation all but stopped. Even if uncertainty over the fiscal outlook is not the main reason for the setback, it certainly is not helping. source – FT