Same-sex couples in England and Wales began tying the knot a minute after midnight on Saturday after waiting decades for equal rights, as Britain's new marriage law went into... 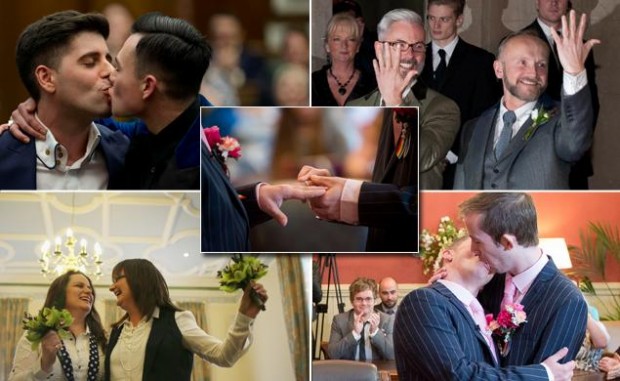 England: They waited until 12:01 a.m. — and not a minute longer. Same-sex couples in England and Wales began tying the knot a minute after midnight on Saturday after waiting decades for equal rights, as Britain’s new marriage law went into effect.

Sean Adl-Tabatabai and Sinclair Treadway, both of London, were first to get hitched in front of 100 bleary-eyed guests. Ten minutes later, the registrar declared the happy couple “husband and husband.”

Treadway, 20, a student originally from Los Angeles said that he and his now-husband have faced opposition. “Some people say, `You gays are trying to redefine marriage,’ but the definition of marriage has already changed,” he said.

“Now it’s between two people who love each other.”

Adl-Tabatabi, a 32-year-old television producer from London, agreed. He said their matrimony was a “huge step forward in civil rights for our country, and also a big acknowledgement that love conquers all.” 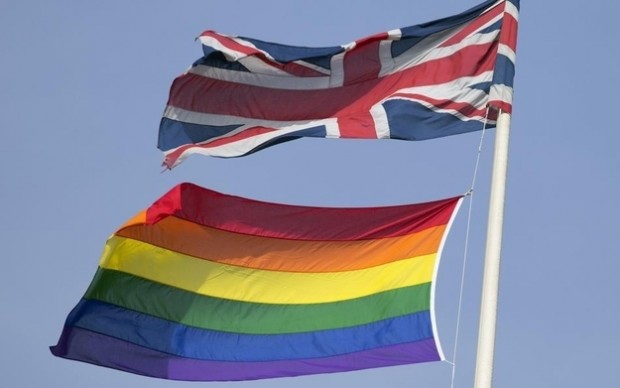 Just like America has done, England now invites God’s judgment on them for making wickedness a national ordinance.

British Prime Minister David Cameron wrote in an op-ed in PinkNews, a European gay news service, that the providing equal rights to citizens of the European country is deeply important. “When people’s love is divided by law,” he wrote, “it is the law that needs to change.” source – NY Daily News