The leader of the Islamic State of Iraq and Syria (ISIS), Abu Bakr al-Baghdadi, was “critically wounded” when a U.S.-led air strike targeted the western Iraqi border town of... 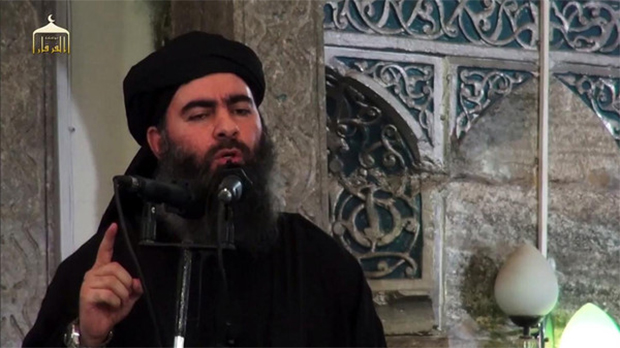 “This strike demonstrates the pressure we continue to place on the ISIL [ISIS] terrorist network and the group's increasingly limited freedom to maneuver, communicate and command," US Central Command said.
by Geoffrey Grider November 8, 2014
NOW THE END BEGINS SHARE:

“This strike demonstrates the pressure we continue to place on the ISIL [ISIS] terrorist network and the group’s increasingly limited freedom to maneuver, communicate and command,” US Central Command said.

Anbar province MP Mohammad al-Karbuli told Al Arabiya News Channel that coalition aircraft had targeted a gathering of ISIS leaders in al-Qaim that led to the killing of tens of people and wounded.

Karbuli said chaos ensued the air raid with ISIS members scrambling to transport their wounded to al-Qaim hospital which was overwhelmed with the number of patients. Reuters news agency quoted two witnesses as saying an air strike targeted a house where senior ISIS officers were meeting, near al-Qaim.

The agency also quoted residents as saying there were unconfirmed reports that ISIS’ local leader in the western Iraqi province of Anbar and his deputy were killed.

U.S. officials would not confirm or deny whether Baghdadi, the group’s overall leader, had been targeted, the agency said.