A small number of undocumented immigrants in the U.S. will have an opportunity to join the military for the first time in decades under a new Department of Defense... 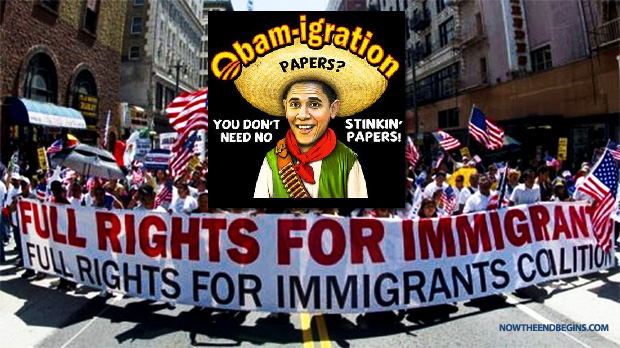 In Obama’s America, breaking the law doesn’t make you a criminal

They are called illegals because when they cross our borders without permission, they are breaking established law of the United States of America. If we were to do this in Mexico or any other nation, we would immediately be thrown into prison. But the lawless one, Barack Obama, doesn’t operate by the rule of law. He governs by his own personal preferences and prejudices.

Obama has spent nearly 6 years decimating the ranks of the military by firing over 100 top-ranking generals and officers. He won’t even set his latte cup down when saluting the Marines guarding him. Now he plans to flood the Army with illegals to break the morale of those serving.

A small number of undocumented immigrants in the U.S. will have an opportunity to join the military for the first time in decades under a new Department of Defense policy unveiled Thursday.

Military to allow illegal immigrants to serve in the military

For the first time, the program — known as Military Accessions in the National Interest, or MAVNI — will be open to immigrants without a proper visa if they came to the U.S. with their parents before age 16. More specifically, they must be approved under a 2012 Obama administration policy known as Deferred Action for Child Arrivals, or DACA.