The Coming 4 Blood Moons Will Likely Not Fulfill Bible Prophecy

While it is technically possible that bible prophecy could be fulfilled with the appearance of these 4 blood moons over the next 12 months, it is not likely. ... 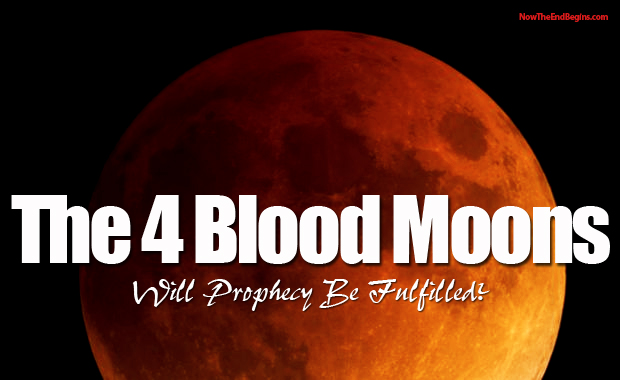 “The sun shall be turned into darkness, and the moon into blood, before the great and the terrible day of the LORD come.” Joel 2:31

While it is technically possible that bible prophecy could be fulfilled with the appearance of these 4 blood moons over the next 12 months, it is not likely. Many books by end times authors have been written to make money off this idea on eager Christians looking for the Lord’s Return. What is likely, however, is that these blood moons will not usher in any visible fulfillment of bible prophecy like the Pretribulation Rapture of the Church. As much as we would love it to be a herald of prophecy, there is a reason why it probably won’t be. Christians are told to “walk by faith”.

“For the Jews require a sign, and the Greeks seek after wisdom:” 1 Corinthians 1:22

In the bible, Christians are not told to look for signs in the sky. We are told to look for the Blessed Hope, which cometh by faith. Christians living in the Age of Grace are commanded to “walk by faith”, and not by sight. The bible says that signs are for the Jews. But these greedy authors, if they “rightly divided” their bible would already know that.

USA Today: Sky watchers are getting ready for an evening of special viewing when a total lunar eclipse arrives just after midnight on April 15. What’s more, this begins a rare sequence of four total lunar eclipses expected over the next two years.

Some Christians see this series of so-called blood moons as linked to a biblical prophecy of the End Times. A lunar eclipse occurs when the sun, Earth and moon line up so the Earth’s shadow falls on the moon, darkening it. The one on April 15 will begin at 1:20 a.m. on the East Coast, according to Sky and Telescope magazine.

“Eclipses are one of the few astronomical events that can easily be enjoyed with the naked eye,” though a pair of binoculars brings it into even greater focus, said astronomy writer Gary Kronk.

As it begins, “the Earth’s shadow will make a slow crawl across the moon’s face, appearing as if there is an increasingly large ‘bite’ taken out of the moon,” said Deborah Byrd with EarthSky.org, an online science magazine.

At first, the full moon will just appear to be a little darker than normal, “but eventually people will notice a much darker arc moving across the moon, with a distinct rusty reddish-brown color,” said astronomer Gerald McKeegan at the Chabot Space and Science Center in Oakland, Calif.

The bloody red color the moon takes on during an eclipse is caused by refraction of sunlight by the Earth’s atmosphere.  “It is the same effect that you see when the sun turns reddish-orange at sunset, only in this case the refracted sunlight projects all the way to the moon,” McKeegan said.

This eclipse also features an extra astronomical quirk. Mars will appear “as a fiery red ‘star’ next to the moon. Together red Mars and the red shadow on the moon’s face should be a spectacular sight and an incredible photo opportunity,” said Byrd. source – USA Today