Is Your Church Secretly Indoctrinating You To Accept Chrislam?

The sickening spectacle that is the Great Falling Away “Let no man deceive you by any means: for that day shall not come, except there come a falling away... 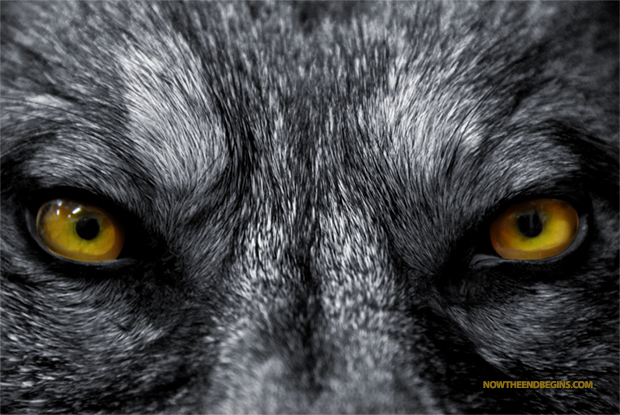 The sickening spectacle that is the Great Falling Away

Editor’s Note: Perhaps you have been told or taught that the name Allah is simply another name for God, and that Muslims and Christians and Jews all worship the same God no matter what we choose to call Him. That is absolutely false, and it is one of the platform tenants of Chrislam. The Koran clearly teaches that Allah HAS NO SON, and for that reason alone Allah cannot be the God of the Bible because both the Old and New Testaments declare that God has a son.

While writing another article regarding the relationship between the Vatican and Islam, I came across a list of signatories of a letter written by Yale Religious Studies to Muslim clerics. The letter was in response to one written by 138 Muslim clerics, and addressed to Pope Benedict XVI before he stepped down from his position. The imams who wrote the original letter, were upset at statements made by the Pope in a speech he gave at a university. He had disparaged Islam.

There were hundreds of signatories attached to the Yale response, so I saved the list as a PDF in order to search for names and denominations and colleges. I was not surprised when I saw Rick Warren’s signature. The list was filled with mainstream churches who teach heresy. Catholic, Presbyterian, Lutheran, Methodist, Church of Christ, Episcopalian where among the churches represented.

CLICK IMAGE FOR THE LATEST UPDATES ON CHRISLAM IN THE CHURCH

I came across another name, unfamiliar to me, from a Baptist church. It was Pastor Jim Somerville, and had his church listed as First Baptist Church of the City of Washington, D.C. I called this church and was told that Pastor Somerville had moved to a new church in Richmond, VA – FBC of Richmond.

I found the website of this church and I left a message with Pastor Somerville. He called me back and I told him that I had found his signature on the Yale document. His tone changed, and I realized that this man was not happy about my call. I asked him if he thought that the God of the Bible was the same as Allah. He told me unapologetically, that he believes and teaches that they are one and the same; that the Muslims simply see him through the lens of the Qur’an.

I began to attempt to show him that our God and Allah are NOT the same. I had Scripture ready and verses from the Qur’an which clearly showed that God and Allah are two separate entities. The pastor became enraged, and told me not to lecture him! I asked one more time if he would allow me to share Scripture. That made him angrier and he was raising his voice in a rage. I then told him that I could not stay on the phone with him if he was going to yell. I said “God bless you” and I hung up.

I found Jim Somerville’s Facebook page and began to look at his posts. In one post, he shared with his friends that he was part of a network of pastors who had put together a website for sermons – mainly for shut-ins and people who did not have a church home. It is called “asermonforeverysunday.com”.

I clicked the link and saw Pastor Somerville’s picture along with thirteen other pastors. He was the only Baptist pastor listed. Brian McLaren – leader of the Emergent church movement, was one listed. The rest were from other Emergent churches, Presbyterian, Methodist, Lutheran, Catholic, Episcopalian, etc.

I have prayed so much for this man to be exposed to his congregation. Perhaps there are some in his church who are like minded. But I have a feeling that most of the people are unaware that their pastor is so far away, theologically, from Baptist churches who are affiliated with the Southern Baptist Convention.

I was told by a member of the SBC that each Baptist church is autonomous. He also said that if a church is known to be deviating from Baptist doctrine, then the SBC can choose to no longer list them as a member.

We are to be Watchmen in these last days!

“Now I beseech you, brethren, mark them which cause divisions and offences contrary to the doctrine which ye have learned; and avoid them. For they that are such serve not our Lord Jesus Christ, but their own belly; and by good words and fair speeches deceive the hearts of the simple.”