New York liberals just got an epic dose of reality by the biggest conservative company in America. Chick-fil-A is officially taking over the Big Apple.... 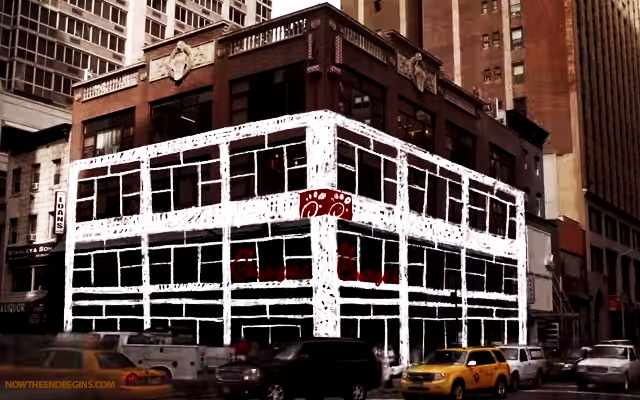 New York liberals just got an epic dose of reality by the biggest conservative company in America. Chick-fil-A is officially taking over the Big Apple.

The Atlanta-based restaurant chain will debut a three-level eatery at 1000 Sixth Ave., at the corner of West 37th Street, in late summer. The 5,000-square-foot space marks the 48-year-old company’s first foray into the Big Apple market, though it has operated a tiny outpost within the food hall of New York University’s campus for years. The closest location is 15 miles away in Paramus, N.J.

“We are beyond excited about opening our first freestanding restaurant in New York,” said Carrie Kurlander, vice president of public relations. “This location will allow us to serve fans who have been asking us to come to New York and to earn the opportunity to serve new customers.” She noted that the company is actively working on additional restaurants to open here this year and next.

FLASHBACK: “Guilty as charged,” CFA President Dan Cathy said. “We are very much supportive of the family—the biblical definition of the family unit. We are a family-owned business, a family-led business, and we are married to our first wives. We give God thanks for that.” “We know that it might not be popular with everyone,” he added, “but thank the Lord, we live in a country where we can share our values and operate on biblical principles.” source

Like its other 1,850 locations, Chick-fil-A’s New York restaurant, which is a franchise location, will not be open on Sundays, as the company “believes all operators and team members deserve a day off,” according to a spokeswoman. Of course, only operating six days of a week will make affording the city’s hefty rents a difficult task. The asking rent for the Sixth Avenue space was $450 a square foot for the ground floor, for example.

It also remains to be seen how the city’s gay community will welcome the chain. Chick-fil-A met with controversy three years ago in Boston following anti-same-sex marriage comments made by company Chief Executive Dan Cathy. Since then, Mr. Cathy has reportedly said he will no longer mix business with social issues.

“Chick-fil-A believes in doing everything with integrity, and that really comes across,” said Michael Cohen, the owner of the Sixth Avenue space. source