Mayor Richard M. Daley has rejected a call from the American Civil Liberties Union to stop expanding use of surveillance cameras and to require authorities to have probable cause... 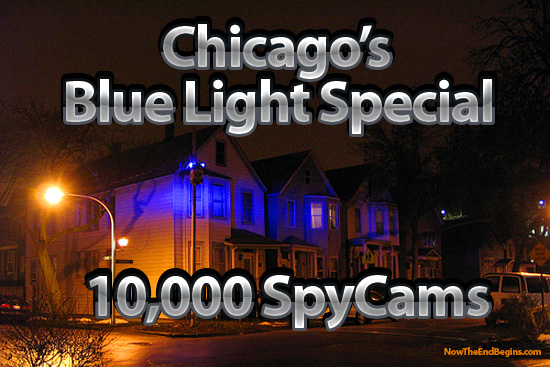 The bible tells us of the day when the Mark of the Beast system will be in place, monitoring our every move. So it seems that the good people of Chicago have decided to get a jump on things.

CHICAGO (CBS) – Mayor Richard M. Daley has rejected a call from the American Civil Liberties Union to stop expanding use of surveillance cameras and to require authorities to have probable cause before zooming in on anyone with a city camera.

Anywhere you go in Chicago, if you see a blue light, they can see you

On Monday, the ACLU of Illinois issued a report claiming there are about 10,000 cameras in Chicago, including cameras operated by police, public schools, public transit and private businesses linked to the city’s 911 Center.The ACLU said the city shouldn’t add any more cameras to the city’s surveillance network, because it’s an invasion of privacy.

Harvey Grossman, legal director of the ACLU of Illinois, said there’s the potential for wrongful conduct when it comes to the cameras in the city, and there needs to be some sort of regulation. The ACLU wants the city to stop installing new cameras and to limit the ability to zoom in on people, to use facial recognition technology and to track someone’s movement.