In an exclusive interview with Newsmax.TV Friday, former House Speaker Newt Gingrich said President Barack Obama’s decision not to fully enforce the Defense of Marriage law has sparked a... 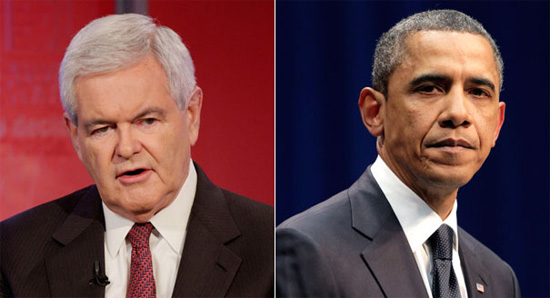 Newt Gingrich has thrown the gaunlet of impeachment towards Barack Obama.

In an exclusive interview with Newsmax.TV Friday, former House Speaker Newt Gingrich said President Barack Obama’s decision not to fully enforce the Defense of Marriage law has sparked a constitutional crisis as he has directly violated his constitutional duties by arbitrarily suspending a law. Gingrich for the first time raised the specter of Obama’s removal from office, noting that, if a “President Sarah Palin” had taken a similar action, there would have been immediate calls for her impeachment. Obama Attorney General Eric Holder said on Wednesday that the administration will not defend the constitutionality of the Defense of Marriage Act in the courts, which has banned recognition of same-sex marriage for 15 years. President Clinton signed the act into law in 1996.

Obama’s decision to forego a legal defense of the law has caused a firestorm of anger from conservative groups. Gingrich slammed Obama for his decision, telling Newsmax that he is not a “one-person Supreme Court” and his decision sets a “very dangerous precedent” that must not be allowed to stand.