BREAKING NEWS! US Navy Fires on Ship in Persian Gulf, One Dead

An American Navy ship fired on a boat in the Persian Gulf today, killing one person and injuring three others aboard the craft, a U.S. naval official told ABC... 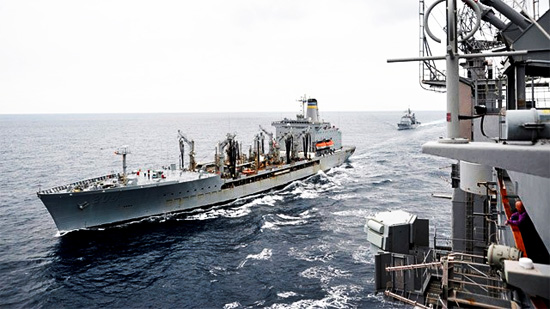 Editor’s Note: We here at NTEB feel that this incident is a “trial balloon” by Iran and Russia to gauge American resolve in the Middle East. Time will tell, but that’s what it looks like to us.

From ABC News: An American Navy ship fired on a boat in the Persian Gulf today, killing one person and injuring three others aboard the craft, a U.S. naval official told ABC News.

A spokesperson for the Navy’s 5th Fleet, which is based in nearby Bahrain, said that a security team aboard the oil supply ship U.S.N.S. Rappahannock fired a .50 caliber machine gun at a “small motor vessel after it disregarded warnings and rapidly approached the U.S. ship” off the coast of Jebel Ali, a city approximately 30 miles from Dubai in the United Arab Emirates.

The Navy is investigating the incident as details continue to emerge. A Navy official said the offending vessel was a white pleasure craft, but a UAE official told ABC News it was a fishing boat with four Indians and two Emirates on board. There doesn’t appear to be any indication the incident was terror-related, the UAE official said.

The Navy official said it’s not uncommon for Iranian speed craft to harass U.S. ships in the region, but in this case the boat wasn’t Iranian.

“I can’t emphasize enough that this has nothing to do with Iran,” the official said.

American sailors are trained to take special caution of any vessels that appear to be approaching their warships. In 2000 the destroyer U.S.S. Cole was attacked off the coast of Yemen by al Qaeda terrorists who used a small private craft armed with explosives to ram the ship, killing 17 American sailors.

Word of the shooting comes on the same day that the Pentagon confirmed that it had agreed to a recent request from U.S. Central Command to maintain a two carrier presence in the Middle East.

The carrier U.S.S. John C. Stennis has been ordered to head to the region four months ahead of schedule in September to replace the outgoing U.S.S. Enterprise. A Pentagon spokesman said the Stennis is being sent so that there is no gap in between two carrier assignments to the region.

The U.S. Navy usually rotates one of its two carriers into the Persian Gulf while the other operates in the Arabian Sea providing air support for the war in Afghanistan. source – ABC News