BLM And ANTIFA Domestic Terrorists In Portland Drag Man Out Of Car And Beat Him Nearly To Death As Crowd Chants ‘Black Lives Matter!’ And Laughs

While the man sat on the ground apparently texting on his phone, one of the rioters who had initially confronted him ran up from behind and kicked him in the side of the head, rendering him unconscious. Shouts of support for Black Lives Matter can be heard as other rioters began examining the man. A woman can be heard shouting multiple times to call 911 as the man lay bleeding on the street.  Police did not arrive on the scene until after the crash and the violence had already occurred. When the police began attempting to tow away the man’s vehicle, the crowd started accusing them of “protecting white supremacists.”

A motorist was dragged from his car, forced to the ground, and beaten unconscious by Portland Black Lives Matter and ANTIFA rioters on Sunday night, as lawlessness continues to reign with no law enforcement in sight.

The so-called rioters in Portland and Seattle, BLM and ANTIFA domestic terrorists, are not only a pathetic bunch of cowardly pack animals, they are also filled with the spirit of Antichrist. You are an idiot if you think any of what they’re doing is being done to stop fascism or racism, because these people are fascists who use racism as a weapon. This is lawlessness, this is anarchy, this is absolute planned systemic violent assault.

The videos I have placed below are violent in the extreme and filled with profanity, but I have included it to show you the depth of depravity that these reprobates operate on. I want you to watch these videos multiple times, so you will know what to do should they form a line on the street where you and your loved ones are driving. You should watch the videos enough times to be able to answer the question of “should I stop or not stop” if I find them blocking the road. If you watch the videos enough times, you will have no trouble answering that question. Just picture yourself as the man sitting on the curb, the answer will come to you immediately. I was able to answer that question 3 seconds into the second video.

Portland Rioters Drag Man from Car and Beat Him Senseless

FROM BREITBART NEWS: The incident was reported and shared by Andy Ngo, editor at-large of the Post Millennial. The scenes are graphic. Ngo then shared a tweet of the moments immediately preceding the assault, where the driver can be seen apparently trying to explain how and why his vehicle crashed. He is then made to sit while others search his vehicle. After trying to get up, the man is violently shoved to the ground.

GRAPHIC: With the streets in downtown Portland occupied by BLM & antifa rioters, a man crashed his car. The mob pulled him out & beat him senseless in front of the passenger. He’s bleeding & unconscious. No police. Video by @livesmattershow. #PortlandRiots pic.twitter.com/jjnt5dUeb8

Then, while the man sat on the ground apparently texting on his phone, one of the rioters who had initially confronted him ran up from behind and kicked him in the side of the head, rendering him unconscious.

PSA: Do not stop your car if you come across rioters, go right through them OR you can wind up like this. I will not be stopping if I come across these animals. https://t.co/iimHgcpzB8

Shouts of support for Black Lives Matter can be heard as other rioters began examining the man. A woman can be heard shouting multiple times to call 911 as the man lay bleeding on the street.  Police did not arrive on the scene until after the crash and the violence had already occurred. When the police began attempting to tow away the man’s vehicle, the crowd started accusing them of “protecting white supremacists.”

Portland is entering its 81st consecutive day of riots as demonstrators have moved beyond attacking federal courthouses and have now entered into residential areas. The condition of the man who was knocked unconscious is unknown. READ MORE 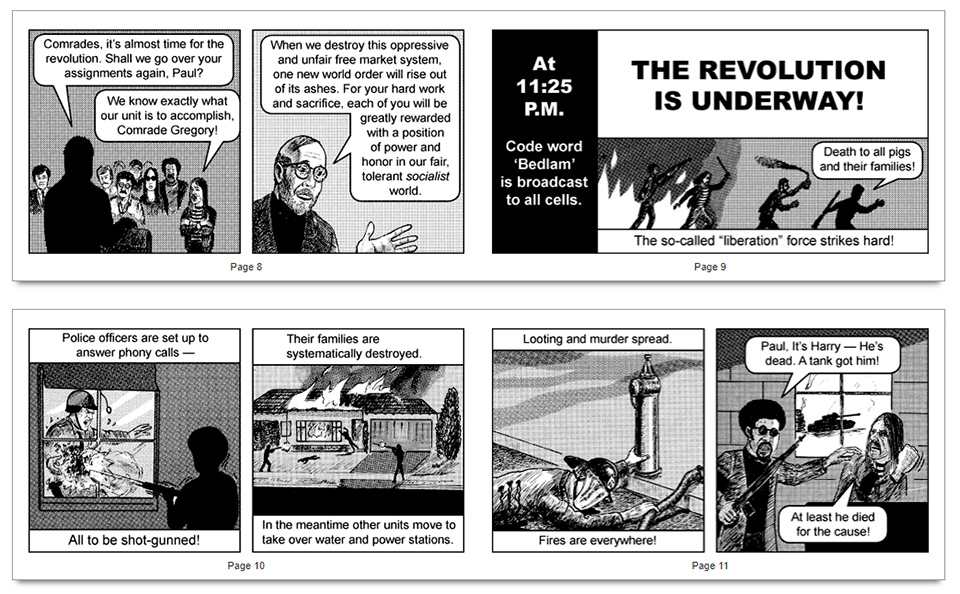