Bill Gates and The Gates Foundation have donated hundreds of millions of dollars to vaccination efforts around the world. A couple of months ago, Gates was the keynote speaker at the m Health Summit. He explained that he believes children should be registered in a database that includes biometric identifiers, in order to ensure that kids get their vaccines, and on time. He relates healthier children to a reduction in world population, and he wants to help ensure that he does his part to reduce the number of humans living on planet Earth.

What do Felipe Calderon and Bill Gates have in common? Both are taking steps to get millions of people registered in biometric databases to advance the One World Government agenda, and they’re targeting children as a first step.

Last month in Mexico, Felipe Calderon signed an executive order that requires all children 17 and under to have photos, fingerprints, and iris scans taken for use in issuing national identity cards. The head of the Mexican Population Register wants to visit all the children at their elementary schools in order to gather the biometric data and complete the first phase of the plan; phase two will require that all adults become registered as well. Dr. Jerome Corsi with World Net Daily connects the national identity card with the American Trusted Traveler Program designed by the Department of Homeland Security. The program was created to allow quick and easy travel straight across the border into the United States, from Canada and Mexico, and will grant millions of passes to those who qualify. 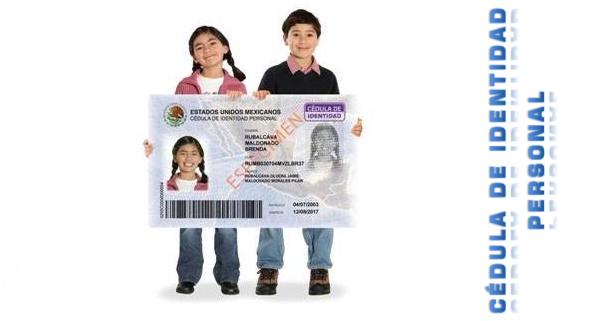 The Mexican Directorate General of the National Population Register shows here how great the new National Identity Card will be. The card reads, “The United States of Mexico.”

“The new Mexican Personal Identity Card includes a security hologram to prevent duplication or the creation of fraudulent cards; iris scan information embedded in a bar code on the reverse of the card; various biometric information included invisibly in the card, including all 10 digits in fingerprints.

While promoted as a way to prevent crimes such as identity theft, Mexico has decided to begin with the nation’s school children, to create the type of biometric national identity database that will allow Mexican children as they grow up to already possess the biometric information they will need to obtain North American Trusted Traveler border pass cards the U.S. Department of Homeland Security is preparing to issue to Mexican citizens.”  source: WND

The reasons given for global programs and initiatives always sound so nice. They’re usually packaged as being in the best interest of the people, to protect them and keep them safe. Mexico just wants to protect their children from identity theft in the future, right? And Bill Gates? He only has the health and well being of children across the globe at heart. Who wouldn’t want to support his efforts? 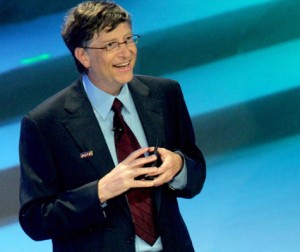 Bill Gates and The Gates Foundation have donated hundreds of millions of dollars to vaccination efforts around the world. A couple of months ago, Gates was the keynote speaker at the m Health Summit. He explained that he believes children should be registered in a database that includes biometric identifiers, in order to ensure that kids get their vaccines, and on time. He relates healthier children to a reduction in world population, and he wants to help ensure that he does his part to reduce the number of humans living on planet Earth. Especially considering Gates’ ties to the Council on Foreign Relations, any mention of vaccines and population control certainly should raise eyebrows, and red flags. See how he tries to describe that vaccinations actually reduce population growth in a positive way.

“The key thing, the most important fact that people should know and make sure other people know: As you save children under 5, that is the thing that reduces population growth,” he said. “That sounds paradoxical. The fact is that within a decade of improving health outcomes, parents decide to have less children.”

Vaccines will be the key. If you could register every birth on a cell phone– get fingerprints, get a location — then you could [set up] systems to make sure the immunizations happen.”

Gates suggested using cell phones to record each birth and send the information, including biometric identifiers, to a central database. This database would then send reminders to parents’ phones when it was time to come in for vaccines or other treatments.  source: Natural News

Last, but not least, the globalists are always concerned with saving the planet and figuring out ways to guarantee that there are less humans around to destroy it.

“The world today has 6.8 billion people… that’s headed up to about 9 billion. Now if we do a really great job on new vaccines, health care, reproductive health services, we could lower that by perhaps 10 or 15 percent.” -Bill Gates

Vaccines, healthcare, and reproductive services are the three main focuses of Gates’ plan to save the planet from overpopulation, and reduce CO2 emissions as laid out in the following video from a 2010 TED conference.