Biblical Archaeologists Discover The City Of Edom, And Why This Is An Amazing Marker On The End Times Bible Prophecy Timeline

The untold story of a thriving and wealthy society in the Arava Desert – in parts of Israel and Jordan – during the 12th-11th centuries BC has been revealed by a Tel Aviv University study. “Using technological evolution as a proxy for social processes, we were able to identify and characterize the emergence of the biblical kingdom of Edom,” explained. Prf. Ezra Ben-Yosef  of TAU’s Department of Archaeology and Ancient Near Eastern Cultures, who led the study with Prof. Tom Levy of the University of California, San Diego. “Our results prove it happened earlier than previously thought and in accordance with the biblical description.”

The biblical kingdom of Edom has always been a significant puzzle for biblical archeology. Although evidence of it is present in the Bible, the archeological record has always had trouble interpreting the text, which said that it existed as a kingdom long before the kings of Israel.

Of all the many exciting discoveries in biblical archaeology that we have been bringing you over the years, this one today about Edom is perhaps one of the most exciting. Why? Because the prophet Daniel tells us that, in the time of Jacob’s trouble, some of the only areas that Antichrist will not be able to get his grimy paws on are Edom and Moab. And now, biblical archaeologists in Israel have found the remains of Edom.

“He shall enter also into the glorious land, and many countries shall be overthrown: but these shall escape out of his hand, even Edom, and Moab, and the chief of the children of Ammon.” Daniel 11:41 (KJV)

Why won’t Antichrist be able to get his hands on Edom and Moab? Because that is also where the red rock city of Selah Petra is, the place where the Jewish remnant will flee to protection that we read about all through the Bible. How exciting is this? We are getting closer and closer each and every day, keep your eye on the Eastern skies. He is coming.

FROM THE JERUSALEM POST: The untold story of a thriving and wealthy society in the Arava Desert – in parts of Israel and Jordan – during the 12th-11th centuries BCE has been revealed by a Tel Aviv University study.

“Using technological evolution as a proxy for social processes, we were able to identify and characterize the emergence of the biblical kingdom of Edom,” explained. Prf. Ezra Ben-Yosef  of TAU’s Department of Archaeology and Ancient Near Eastern Cultures, who led the study with Prof. Tom Levy of the University of California, San Diego. “Our results prove it happened earlier than previously thought and in accordance with the biblical description.”

“Send ye the lamb to the ruler of the land from Sela to the wilderness, unto the mount of the daughter of Zion. For it shall be, that, as a wandering bird cast out of the nest,so the daughters of Moab shall be at the fords of Arnon. Take counsel, execute judgment; make thy shadow as the night in the midst of the noonday; hide the outcasts; bewray not him that wandereth. Let mine outcasts dwell with thee, Moab; be thou a covert to them from the face of the spoiler: for the extortioner is at an end, the spoiler ceaseth, the oppressors are consumed out of the land. And in mercy shall the throne be established: and he shall sit upon it in truth in the tabernacle of David, judging, and seeking judgment, and hasting righteousness.” Isaiah 16:1-5 (KJV)

According to the study, which was published Wednesday on the open access scientific journal PLOS ONE, the kingdom’s wealth appears to have been built on a “high-tech network” of copper, the most valuable resource in the region at the time. Copper was used in ancient times to craft weapons and tools, and the production process for copper is incredibly complex.

READ ALL ABOUT THE RED ROCK CITY OF SELAH PETRA, THE PLACE WHERE THE JEWS WILL HIDE FROM ANTICHRIST

Using a methodology called the punctuated equilibrium model, the research team analyzed findings from ancient copper mines in Jordan and Israel to create a timeline of the evolution of copper production from 1300-800 BCE. They found a significant decrease of copper in the slag – the waste of copper extraction by smelting – at the Arava site. This implies that the process became more efficient and streamlined, something the researchers say is a result of the military invasion of Pharaoh Shoshenq I of Egypt (the biblical “Shishak”), who sacked Jerusalem in the 10th century BCE. Rather than result in destruction in the region, the researchers argue that it instead sparked a “technological leap” in regards to copper production and trade. 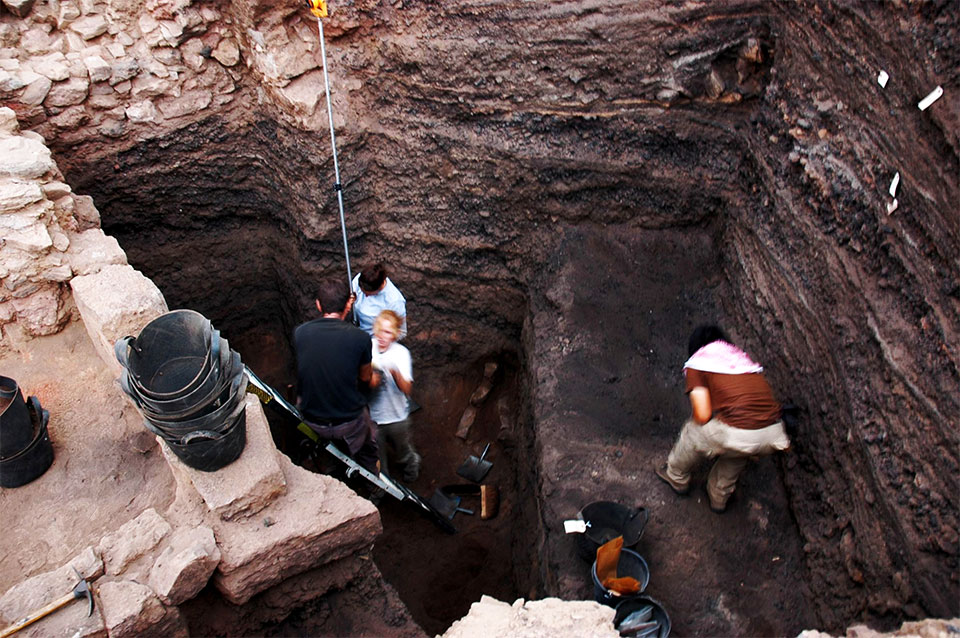 “We demonstrated a sudden standardization of the slag in the second half of the 10th century BCE, from the Faynan sites in Jordan to the Timna sites in Israel, an extensive area of some 2,000 sq.km., which occurred just as the Egyptians entered the region,” Ben-Yosef said. “The efficiency of the copper industry in the region was increasing. The Edomites developed precise working protocols that allowed them to produce a very large amount of copper with minimum energy.”

However, as Egypt was a weaker power at this time, it is unlikely that they would have control over the copper trade, allowing it to remain a local enterprise. Ben-Yosef explained that Egypt was primarily an importer of goods at the time, so they had an interest in streamlining efficiency in the region. In fact, this was not the only new innovation introduced to the region by the invasion of Shoshenq I – the camel was first introduced to the region at this time as well.

“Our new findings contradict the view of many archaeologists that the Arava was populated by a loose alliance of tribes, and they’re consistent with the biblical story that there was an Edomite kingdom here,” Ben-Yosef explained. “A flourishing copper industry in the Arava can only be attributed to a centralized and hierarchical polity, and this might fit the biblical description of the Edomite kingdom.”

While archeology had never doubted the existence of the Edomite kingdom, it was widely assumed to have emerged around the late eighth century BCE in Edomite Plateau, located in Jordan near Petra and southeast of the Dead Sea.

“Before they built their capital in the plateau, the Edomites were a complex and organized kingdom, but they were still nomadic,” Ben-Yosef explained to the Post. “They dwelt in tents. They didn’t have villages or cities, but they had cemeteries and smelting sites.” The Edomites eventually did settle in cities on the plateau and built settlements along the trade routes, but these findings prove that they possessed a centralized system of organization long before they settled. READ MORE

Would you like to see the exact place where God will keep the Jewish remnant safe during the time of Jacob’s trouble? You’re only a click away, enjoy!