The one major thing that differentiates the bible from all other "holy" books is that the bible is the only one that dares to tell the future via bible... 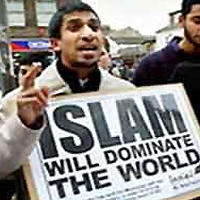 The one major thing that differentiates the bible from all other “holy” books is that the bible is the only one that dares to tell the future via bible prophecy. For example, J. Barton Payne’s Encyclopedia of Biblical Prophecy lists 1,239 prophecies in the Old Testament and 578 prophecies in the New Testament, for a total of 1,817. These encompass 8,352 verses. Compare that to known prophecies in the Koran: 0. So it is with a happy but heavy heart that we are able to tell you, with absolute assurance, that the prophecies in the bible regarding the end times are not only coming true as of the very moment of this writing, but they are coming true at a speed that astonishes even this author.

America is not in bible prophecy, Muslim nations are

So why is America not mentioned? Did God not know that we would be the world’s only Superpower in 2011? How could we not even deserve one, direct mention while the Muslim nations are mentioned quite often. Well, this next article could go a long way to shedding some light on that.

“Two huge processes are happening right before our eyes. One is the Arab liberation revolution. After half a century during which tyrants have ruled the Arab world, their control is weakening. After 40 years of decaying stability, the rot is eating into the stability. The Arab masses will no longer accept what they used to accept. The Arab elites will no longer remain silent.

Processes that have been roiling beneath the surface for about a decade are suddenly bursting out in an intifada of freedom. Modernization, globalization, telecommunications and Islamization have created a critical mass that cannot be stopped. The example of democratic Iraq is awakening others, and Al Jazeera’s subversive broadcasts are fanning the flames. And so the Tunisian bastille fell, the Cairo bastille is falling and other Arab bastilles will fall.

The scenes are similar to the Palestinian intifada of 1987, but the collapse recalls the Soviet collapse in Eastern Europe of 1989. No one knows where the intifada will lead. No one knows whether it will bring democracy, theocracy or a new kind of democracy. But things will never again be the same. The old order in the Middle East is crumbling. Just as the officers’ revolution in the 1950s brought down the Arab monarchism that had relied on the colonial powers, the 2011 revolution in the square is bringing down the Arab tyrants who were dependent on the United States. 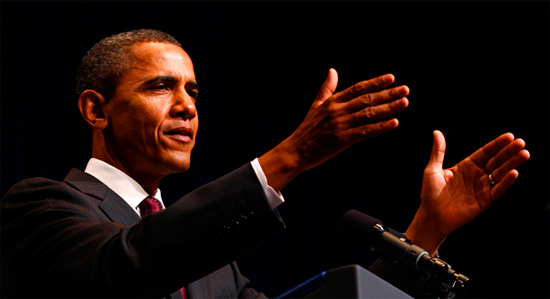 American leadership under Obama is at a low not seen since the halcyon days of Uber Liberal Jimmy "bluejeans" Carter.

The second process is the acceleration of the decline of the West. For some 60 years the West gave the world imperfect but stable order. It built a kind of post-imperial empire that promised relative quiet and maximum peace. The rise of China, India, Brazil and Russia, like the economic crisis in the United States, has made it clear that the empire is beginning to fade. And yet, the West has maintained a sort of international hegemony. Just as no replacement has been found for the dollar, none has been found for North Atlantic leadership. But Western countries’ poor handling of the Middle East proves they are no longer leaders. Right before our eyes the superpowers are turning into palaver powers.

There are no excuses for the contradictions. How can it be that Bush’s America understood the problem of repression in the Arab world, but Obama’s America ignored it until last week? How can it be that in May 2009, Hosni Mubarak was an esteemed president whom Barack Obama respected, and in January 2011, Mubarak is a dictator whom even Obama is casting aside? How can it be that in June 2009, Obama didn’t support the masses who came out against the zealot Mahmoud Ahmadinejad, while now he stands by the masses who are coming out against the moderate Mubarak? 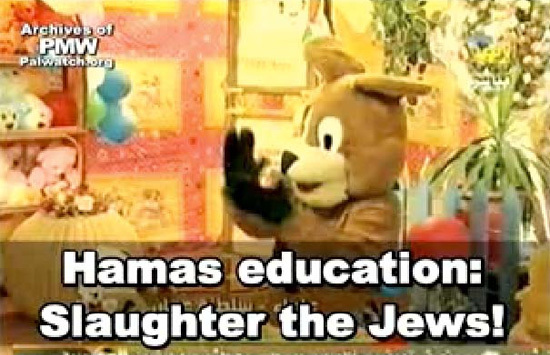 Carter’s betrayal of the Shah brought us the ayatollahs, and will soon bring us ayatollahs with nuclear arms. The consequences of the West’s betrayal of Mubarak will be no less severe. It’s not only a betrayal of a leader who was loyal to the West, served stability and encouraged moderation. It’s a betrayal of every ally of the West in the Middle East and the developing world. The message is sharp and clear: The West’s word is no word at all; an alliance with the West is not an alliance. The West has lost it. The West has stopped being a leading and stabilizing force around the world.The Arab liberation revolution will fundamentally change the Middle East. The acceleration of the West’s decline will change the world. One outcome will be a surge toward China, Russia and regional powers like Brazil, Turkey and Iran. Another will be a series of international flare-ups stemming from the West’s lost deterrence. But the overall outcome will be the collapse of North Atlantic political hegemony not in decades, but in years. When the United States and Europe bury Mubarak now, they are also burying the powers they once were. In Cairo’s Tahrir Square, the age of Western hegemony is fading away.” source – Haaretz

Coming soon – the return of the King