Beware Of The False Gospel Of The ‘Insider Movement’

As for Christian churches embracing these methods, there are many missionaries and leaders who will try to cover up their IM connections from their congregants... 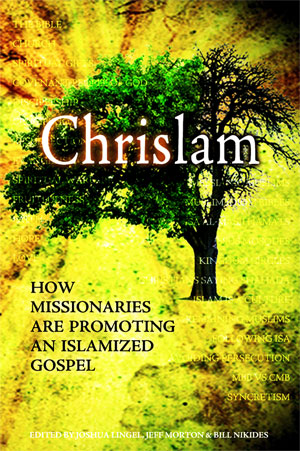 Can one be a Buddhist, Hindu or Muslim believer of Jesus? And can they do this without persecution?

“Wherefore come out from among them, and be ye separate, saith the Lord, and touch not the unclean thing; and I will receive you,” 2 Corinthians 6:17

A growing number of Christians and church leaders are stopping to consider that this idea may actually be possible, thanks to “Insider Movement” groups that have been pushing this idea forward for the past decade, especially in the Muslim mission field.  Now those ideas are gaining ground in the West, as Christians embrace these controversial methods.

RELATED STORY: Rick Warren and the Growth Of Chrislam

The most recent issue of Christianity Today is giving a whole lot of print space to Insider Movement (IM) proponents, who believe that it is not necessary for believers to convert to Christianity, a term often associated with baggage and most certainly persecution if outed as “Christian.”

This should immediately send you running for your Bible and asking some key questions about what Scripture has to say about the blending of two very different and opposing faiths vs a full conversion to Christianity.

The January issue of CT contains the headlines, Why Evangelicals Should Be Thankful for Muslim Insiders, arguing that “Insider followers of Jesus may not have changed religions, but their lives have been changed by Christ,”  and the provocative headline Worshiping Jesus in the Mosque in which a reporter interviews a “Muslim follower of Isa.”

But instead of comparing what IM-ers teach to what the Bible says and asking questions, Christians are saying, “cool!”

“Where is the outcry of pastors in America because of this? Nobody is challenging these methods, and it boggles my mind that churches subscribe to this,” says Elijah Abraham, a born-again Christian who was raised a Muslim believer in Iraq, and today is the founder and executive director of Living Oasis Ministries, reaching Muslims with the Gospel.

Abraham is part of Biblical Missiology, the think-tank group that recently petitioned Wycliffe and its partners for removing familial terms like Son and Father to describe God and Jesus from Arabic Bible translations used to reach Muslim communities.

Abraham points out that John Travis (the writer of Why Evangelicals Should Be Thankful for Muslim Insiders), is one of godfathers of the Insider Movement. Abraham encourages readers to examine the IM leaders through the lens of a video highly recommends titled, Half Devil Half Child, in which even the Muslim Imams say these teachings are not Christianity:

We know that Christians in Islamic nations are being brutally slaughtered simply because their identity is in Christ. Persecution is on the rise, and that’s risky for Muslims who embrace Christ yet want to stay within their Islamic community. Yet the core doctrines of belief, repentance, and preaching Jesus Christ and HIM crucified (not the Muslim “Isa”) for the forgiveness of sins is not the focus of IM methodology.

CT conducted an interview with one insider named “Abu Jaz,” a key leader in a movement that describes itself as the People of the Gospel. CT reports that this group represents several thousand Muslims in eastern Africa who have converted to faith in Christ during the past decade, but who have remained in their Muslim communities.

Abu Jaz describes his conversion after dining with a guest in his home, and their sparse meal of macaroni began to multiply in the bowl.

Afterward I lay down on the bed, and as I slept, Isa came to me and asked me, “Do you know who multiplied the macaroni?” I said, “I don’t know.” He said, “I am Isa al Masih. If you follow me, not only the macaroni but your life will be multiplied.”

He didn’t tell me that he was God; he didn’t tell me that he died on behalf of me; he didn’t say, “I am the Son of God.” He didn’t talk to me about any complicated theological issues. He only told me that if I followed him, he would multiply my life. Isa al Masih came to my home with the kingdom of God. He didn’t completely explain theological issues, he only said, “If you will follow.”

Abraham, who has interviewed hundreds of converts in many nations, doesn’t doubt Abu’s story of dreams and visions. In fact, he says true converts do have dreams and visions, and they’ve paid a heavy price. But the Jesus they encounter is never confusing or vague about who He is.  And the fact that Abu maintains a Muslim rather than an African identity troubles him.  “You would think after Bible school, Abu would reject Islam,” Abraham says. “Abu never contradicts the Qur’anic version of Isa, and the interviewer didn’t even challenge the convert to ask if the Allah he was talking about was the triune God of the Bible or Allah of the Qur’an.”

He points out that the title, Worshiping Jesus in the Mosque  is very misleading, since the reporter does not mention anyone actually worshiping Christ in a mosque. “The Christianity Today title is only intended to persuade the readership that it is possible to worship Jesus in the mosque. Three problems:  Any mosque will be offended if Jesus is worshiped inside its walls. Second, any Christian from a Muslim Background will tell you that the mosque is not the place to go to worship Jesus. Finally, if you go to a mosque, you have already denied Him.”

But, a church isn’t a building, it is people. Abraham contends that the so-called Muslim-culture church is an oxymoron.

“Muslim-culture church? What in the world does that mean? If their identity is Islam,and not Christianity, are they really set apart?

Abraham says insiders who say they are converts are the most confused individuals he has ever found. “They are confused in their theology and identity, and they’re still loyal to Mohammad, so you’ve got problems there.”

As for Christian churches embracing these methods, he says there are many missionaries and leaders who will try to cover up their IM connections from their congregants so as to diffuse critics.  He says church members who do question the Insider Movement methods in their churches are often met with a guilt trip for criticizing them for not actually traveling overseas and meeting Muslims.

“To that I would say, ‘you know, you are right. But I read your article and compared your methods to Scripture, and it does line up.” source – Stand Up For The Truth