The European Intervention Initiative is a 10-country coalition of European militaries ready to react to crises. The French-led initiative, which includes Germany, Belgium, Britain, Denmark, Estonia, the Netherlands, Spain, and Portugal, was launched last year, according to Reuters. The flags of 10 countries of the European Intervention Initiative, a joint military pact created last year, led Sunday's military parade down the Champs Elysees avenue in Paris. In a message to the French people before the parade, President Emmanuel Macron highlighted the importance of France's commitment to boost European security.

Sharp-eyed NTEB reader Lori sent this in to us this morning, and it really is quite thought-provoking. At the annual Bastille Day celebrations in Paris this year, the main theme and focus was on something called the European Intervention Initiative, a joint military pact created last year. Now, that may not sound like much of anything to you right off the bat, but if you dig just a little bit under the surface, you find that the European Intervention Initiative is a ten nation confederacy designed to protect Europe.

Well, here there, Mr. Ten Toes from Daniel 2, I was wondering when you would make an appearance.

“And whereas thou sawest the feet and toes, part of potters’ clay, and part of iron, the kingdom shall be divided; but there shall be in it of the strength of the iron, forasmuch as thou sawest the iron mixed with miry clay. And as the toes of the feet were part of iron, and part of clay, so the kingdom shall be partly strong, and partly broken. And whereas thou sawest iron mixed with miry clay, they shall mingle themselves with the seed of men: but they shall not cleave one to another, even as iron is not mixed with clay. And in the days of these kings shall the God of heaven set up a kingdom, which shall never be destroyed: and the kingdom shall not be left to other people, but it shall break in pieces and consume all these kingdoms, and it shall stand for ever.” Daniel 2:41-44 (KJV)

Now before you go getting all excited, no, I am not saying necessarily that the ten nation European Intervention Initiative is absolutely the fulfillment of Daniel 2 and Revelation 13 where it talks about the ten kings. But man oh man, it sure does get kinda close, doesn’t it? There are 28 nations in the European Union, why pick only ten of them? 12 is a better number than ten. Why ten? I will tell  you why ten, because Europe is getting ready to place itself under the authority of the Revived Roman Empire as the Bible says it will be in the last days. Could this be the long-prophesied Ten Nation Confederacy, it sure could be. Time will tell.

“So he carried me away in the spirit into the wilderness: and I saw a woman sit upon a scarlet coloured beast, full of names of blasphemy, having seven heads and ten horns. And the woman was arrayed in purple and scarlet colour, and decked with gold and precious stones and pearls, having a golden cup in her hand full of abominations and filthiness of her fornication: And upon her forehead was a name written, MYSTERY, BABYLON THE GREAT, THE MOTHER OF HARLOTS AND ABOMINATIONS OF THE EARTH.” Revelation 17:3-5 (KJV)

And where does the Revived Roman Empire come from, you ask? Where it’s been for the past 1,700 years, in Vatican City in Rome, patiently waiting to be let out of her cage. The folks over at gotquestions.org tell us about it, but then chicken out and fail to connect it to the Roman Catholic Church. But all you have to do is read Revelation 17 and 18 to know the identity of the Revived Roman Empire. We have no problems telling you.

FROM FOX NEWS: The annual Bastille Day celebration in Paris this year was not just about showcasing France, but also the Ten Nation Confederacy of the European Intervention Initiative. The flags of 10 countries of the European Intervention Initiative, a joint military pact created last year, led Sunday’s military parade down the Champs Elysees avenue in Paris. In a message to the French people before the parade, President Emmanuel Macron highlighted the importance of France’s commitment to boost European security.

“Never since the end of the Second World War has Europe been so necessary. The construction of a Europe of defense, in connection with the Atlantic Alliance…is a priority for France. It is the theme of this parade,” he said.

“Acting together and strengthening our ability to act collectively is one of the challenges that the European Intervention Initiative, along with other key European projects, wants to address,” Macron added.

How wonderfully ironic that the same Bastille Day parade featuring the Ten Nation Confederacy would also have a man flying in the sky above their heads. The whole thing was dripping with prophetical references and symbolism and not a single one of them knew it. But you do.

Some 4,300 soldiers, around 200 vehicles and over 100 aircraft, some from other European countries, were taking part in the parade that was opened by Spanish troops, according to Reuters. The biggest crowd-pleaser on the display appeared to be a man rocketing through the air on a flyboard device — the invention of French former jet-skiing champion Franky Zapata. 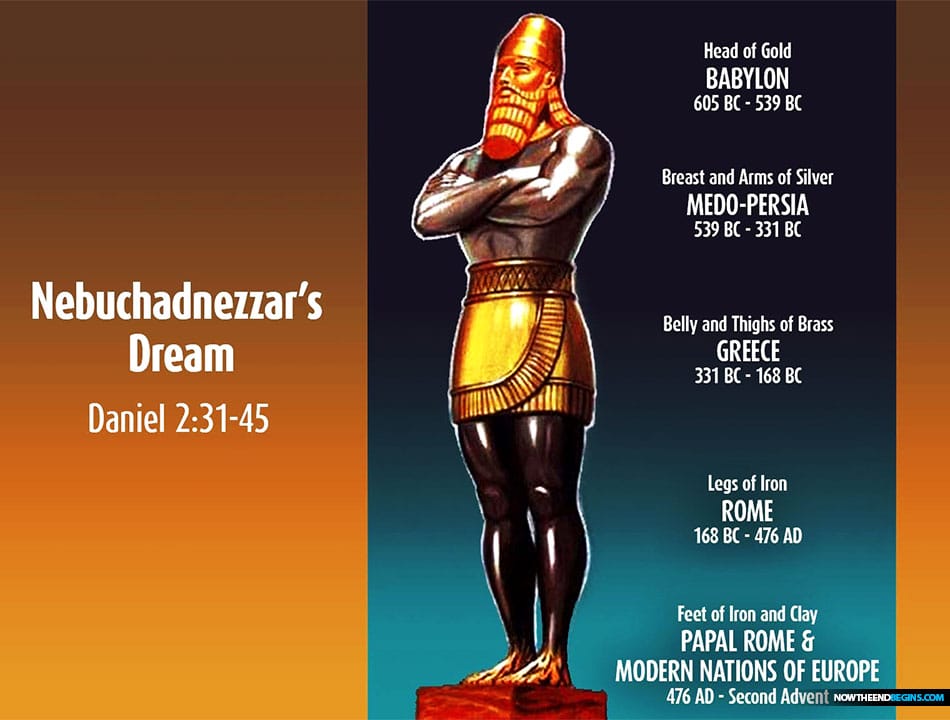 When the prophecies in the Book of Daniel start looking like they’re getting ready to come to pass, then you KNOW that Flight #777 on Titus213 Airlines is already on the runway and warming up.

On Sunday, television images showed police grabbing one of the movement’s leaders, Eric Drouet, as he stood on the sidelines of the parade and escorting him away. At France’s 2017 Bastille Day events, U.S. President Donald Trump, as the guest of honor, was so impressed he ordered a military parade in Washington for America’s July 4 celebrations. Macron will later host a lunch at the Elysee Palace with other European leaders, including Merkel.

Bastille Day commemorates the storming of the Bastille prison in 1789, one of the key events of the French Revolution. The day has become a national holiday in France.

The European Intervention Initiative is a 10-country coalition of European militaries ready to react to crises. The French-led initiative, which includes Germany, Belgium, Britain, Denmark, Estonia, the Netherlands, Spain, and Portugal, was launched last year, according to Reuters. READ MORE