Barack Obama’s Curious Rage At Israel But Not At Hamas

Barack Obama "has become 'enraged' at the Israeli government, both for its actions and for its treatment of his chief diplomat, U.S. Secretary of State John Kerry. " So... 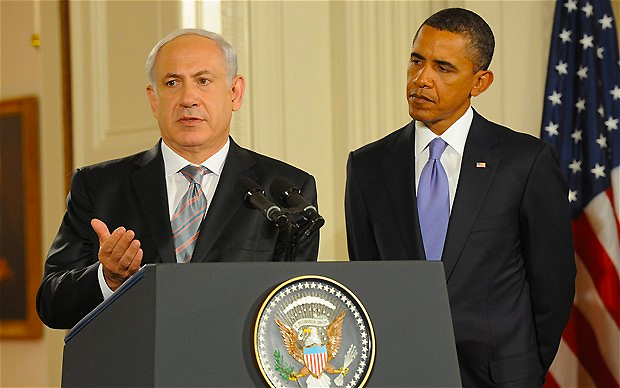 Calm when it comes to Putin, ISIS and Hamas, but furious with Israel

Barack Obama “has become ‘enraged‘ at the Israeli government, both for its actions and for its treatment of his chief diplomat, U.S. Secretary of State John Kerry. ” So reports the Jerusalem Post, based on the testimony of Martin Indyk, until recently a special Middle East envoy for the president. The war in Gaza, Mr. Indyk adds, has had “a very negative impact” on Jerusalem’s relations with Washington.

Think about this. Enraged. Not “alarmed” or “concerned” or “irritated” or even “angered.” Anger is a feeling. Rage is a frenzy. Anger passes. Rage feeds on itself. Anger is specific. Rage is obsessional, neurotic.

And Mr. Obama—No Drama Obama, the president who prides himself on his cool, a man whose emotional detachment is said to explain his intellectual strength—is enraged. With Israel. Which has just been hit by several thousand unguided rockets and 30-odd terror tunnels, a 50-day war, the forced closure of its one major airport, accusations of “genocide” by Palestinian President Mahmoud Abbas, anti-Semitic protests throughout Europe, general condemnation across the world. This is the country that is the object of the president’s rage.

“The Obama administration,” he wrote in July, “proved once again that it is the best friend of its enemies, and the biggest enemy of its friends.”

Think about this some more. In the summer in which Mr. Obama became “enraged” with Israel, Islamic State terrorists seized Mosul and massacred Shiite soldiers in open pits, Russian separatists shot down a civilian jetliner, Hamas executed 18 “collaborators” in broad daylight, Bashar Assad’s forces in Syria came close to encircling Aleppo with the aim of starving the city into submission, a brave American journalist had his throat slit on YouTube by a British jihadist, Russian troops openly invaded Ukraine, and Chinese jets harassed U.S. surveillance planes over international waters.

Mr. Obama or his administration responded to these events with varying degrees of concern, censure and indignation. But rage?

Here, for instance, is the president in early August, talking to the New York Times‘s Tom Friedman about Russia and Ukraine:

“Finding an off-ramp for [ Vladimir Putin ] becomes more challenging. Having said that I think it is still possible for us, because of the effective organization that we have done with the Europeans around Ukraine, and the genuine bite that the sanctions have had on the Russian economy, for us to arrive at a fair accommodation in which Ukrainian sovereignty and independence is still recognized but there is also recognition that Ukraine does have historic ties to Russia, the majority of their trade goes to Russia, huge portions of the population are Russian speaking, and so they are not going to be severed from Russia. And if we do that a deal should be possible.”

This isn’t even condemnation. It’s an apology. For Mr. Putin. Benjamin Netanyahu should be so lucky.

Now think about what, specifically, has enraged the president about Israel’s behavior. “Its actions and its treatment of his chief diplomat.”

Actions? Hamas began firing rockets at Israel in June, thereby breaking the cease-fire it had agreed to at the end of the last war, in November 2012. The latest war began in earnest on July 7 when Hamas fired some 80 rockets at Israel. “No country can accept rocket fire aimed at civilians,” White House spokesman Josh Earnest said the next day, “and we support Israel’s right to defend itself against these vicious attacks.”

If Hamas had honored any of these cease-fires it could have saved Palestinian lives. It didn’t. Mr. Obama is enraged—but not with Hamas.

As for Israel’s supposed ill-treatment of Mr. Kerry, the president should read Ben Birnbaum’s and Amir Tibon’s account of his secretary’s Mideast misadventures in the July 20 issue of the New Republic. It’s a portrait of a diplomat with the skills and style, but not the success, of Inspector Clouseau. Mr. Obama might also read Haaretz columnist Ari Shavit’s assessment of Mr. Kerry’s diplomacy: “The Obama administration,” he wrote in July, “proved once again that it is the best friend of its enemies, and the biggest enemy of its friends.”

Both Haaretz and the New Republic are left-wing publications, sympathetic to Mr. Obama’s intentions, if not his methods.

Still, the president is enraged. At Israel. What a guy.