In one cartoon widely distributed among Iraqis on Facebook and Twitter, U.S. President Barack Obama is dressed as a Sunni sheikh, while Putin as a Shiite imam, suggesting the... 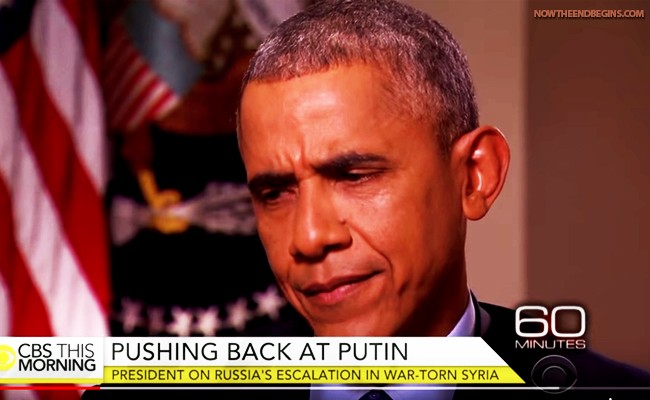 In one cartoon widely distributed among Iraqis on Facebook and Twitter, U.S. President Barack Obama is dressed as a Sunni sheikh

Posters of Putin are popping up on cars and billboards elsewhere in parts of Syria and Iraq, praising the Russian military intervention in Syria as one that will redress the balance of power in the region.

The Russian leader is winning accolades from many in Iraq and Syria, who see Russian airstrikes in Syria as a turning point after more than a year of largely ineffectual efforts by the U.S.-led coalition to dislodge the Islamic State militants who have occupied significant parts of the two countries.

“President Putin has a distinguished personality and charisma, and it has become clear that world leaders have gradually started approving, openly or secretly, of this intervention,” he said.

In Iraq, where the U.S.-led war against IS has stalled, many say they want Russian airstrikes against IS to extend to their country.

Buried between paintings of Baghdad architecture, mosques and landscapes, some art shops in Baghdad have begun selling portraits of Putin, a tribute to his intervention in what Iraqis see as the new military front against IS.

“Russia does not play games. They are problem solvers, and they do it quietly and efficiently, not like the Americans who prefer to do everything in front of the cameras,” said Hussein Karim, a 21-year-old medical student from Baghdad.

In one cartoon widely distributed among Iraqis on Facebook and Twitter, U.S. President Barack Obama is dressed as a Sunni sheikh, while Putin as a Shiite imam, suggesting the two are taking sides. Another cartoon shows a bare-chested Putin holding IS leader Abu Bakr al-Baghdadi by the collar of his jalabaya, looking very intimidating. He says to al-Baghdadi: “Where do you think you’re going? I’ll flatten you like flour,” a popular Iraqi expression.

Al-Baghdadi, holding a cellphone, shouts: “Obama, save me!”

Most of the cartoons portray Putin as muscular – a perception that echoes the one at home in Russia, where he has cultivated an image as a man of action. In addition to conducting his official duties, he often is shown on Russian TV doing such activities as playing ice hockey – as he did last week on his 63rd birthday – or climbing into a submersible to explore the sea. source