Amid Denials, Israel And U.S. Carry Out Joint Missile Test in Mediterranean

Israel and the U.S. carried out a missile test in the Mediterranean sea on Tuesday, Israel's Defense Ministry said in a statement, amid rising tensions in the region over... 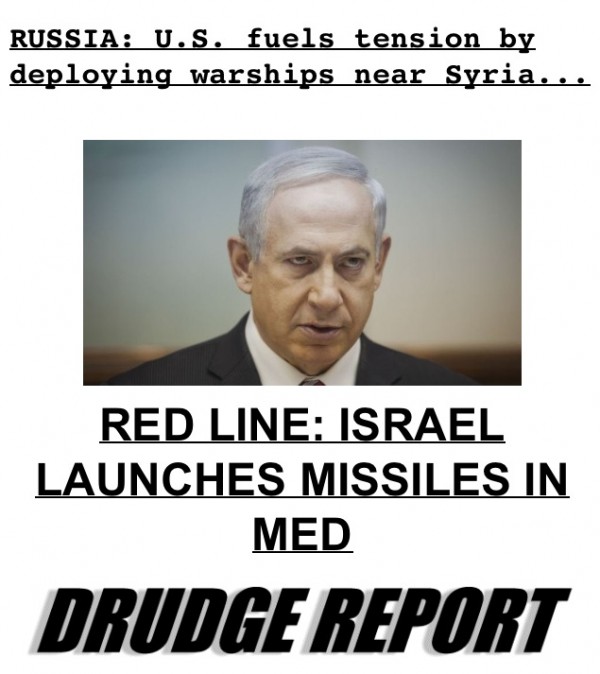 Israel and the U.S. carried out a missile test in the Mediterranean sea on Tuesday, Israel’s Defense Ministry said in a statement, amid rising tensions in the region over the crisis in Syria.

The confirmation came after morning reports indicated that Russia had detected two ballistic “objects” launched toward the eastern Mediterranean from the central part of the same and a U.S. denial that its navy had been involved.

The Arrow III missile defense system was tested with a “sparrow” missile, which simulates a ballistic missile, and is launched from a plane, during the exercise.

The exercise was carried out from an Israel Air Force base in central Israel, the Defense Ministry said in the statement.

The projectiles fell into the sea, a sources in Damascus was quoted as saying by the state-run Russian news agency RIA.

Russia’s embassy in Syria said there was no sign of a missile attack or explosions in Damascus, according to the Itar-Tass news agency. A Damascus resident told Haaretz he did not heard anything that might indicate a strike on the capital.

Syria’s early warning radar system did not detect any missiles landing on Syrian territory either, according to a Syrian security source quoted by Lebanon’s Al-Manar television on Tuesday.

The Interfax news agency quoted a ministry spokesman as saying the launch was detected at 10:16 A.M. Moscow time (0616 GMT) by an early warning radar station at Armavir, near the Black Sea, which is designed to detect missiles from Europe and Iran.

The agencies did not say who had carried out the launch and whether any impact had been detected. The ministry declined comment to Reuters.

Russian Defense Minister Sergei Shoigu had informed President Vladimir Putin of the launch. A ministry official had earlier criticized the United States for deploying warships in the Mediterranean close to Syria.  source – Haaretz