Sony Pictures underwent a massive breach of their online systems in November, resulting in incredible embarrassment and the cancellation of various scheduled movie premiers.... 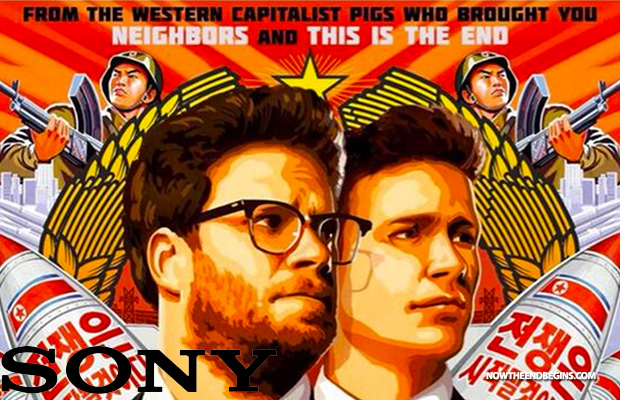 Sony Pictures underwent a massive breach of their online systems in November, resulting in incredible embarrassment and the cancellation of various scheduled movie premiers.

Most analysts say it was North Korea who did the hacking to stop the movie “The Interview” from being released, and today various US experts say North Korea was aided by China. In any event, the fallout has been catastrophic on many levels.

Variety reported that Sony stands to lose upwards of $75 million on the cancelled release of “The Interview” alone. That figure includes the $44 million that Sony spent producing the film, as well as the $30 million it shelled out to promote it, according to two people with knowledge of the matter. One of those sources said that Sony had originally planned on spending $36 million to market the picture domestically and was eight days away from premiering it in theaters when it was shelved. That meant most of its billboards, posters, other promotional materials and TV ad spend were already in place.

The Telegraph UK reports that the hackers who launched a cyber-attack on Sony Pictures praised the company’s decision to cancel the release of The Interview on Friday and said its data will be secure if they continue to comply, CNN reported.

“It’s very wise that you have made a decision to cancel the release of ‘The Interview,'” the message said, according to CNN. “We ensure the security of your data unless you make additional trouble.”

Meanwhile, George Clooney started a petition calling for The Interview to be released immediately online, saying “we cannot be told we can’t see something by Kim Jong-un, of all —-ing people”.

The Hollywood star said it was “insane” that North Korea has been allowed to “dictate content”. “We should be in the position right now of going on offence with this,” Clooney told the Deadline on Thursday.

Where is the FBI in all this, or the CIA? President Obama vowed a “US response” to the action by North Korea, but if it’s anything like his “response” to the Benghazi terror attack on 9.11.12, we will be waiting a long, long time. “We will respond,” Mr Obama told reporters on Friday, declining to offer specifics. “We will respond proportionately and in a space, time and manner that we choose.”

The rest of the world is watching, and should Obama choose his usual socialist-passive response to this egregious act, then expect the number of cyber-attacks against America to skyrocket.