Friday evening was a major let down. All the anticipation and build up, it felt as if we were getting ready to watch someone open Obama’s birth certificate. Republicans... 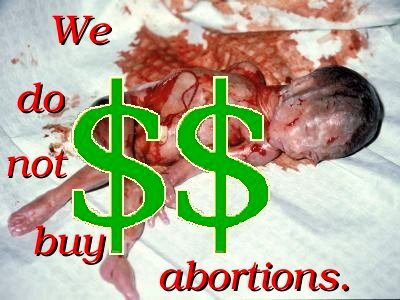 Friday evening was a major let down. All the anticipation and build up, it felt as if we were getting ready to watch someone open Obama’s birth certificate. Republicans tried to flex their fiscal Conservative muscles but in the end, they need to go back to the gym. Friday night unfortunately, too many Republicans literally ended up being the elephant in the room. They completely ignored what was truly important. Yes, we cut some spending from America’s expanding credit card but not nearly enough. That’s like a defense lawyer who’s ecstatic for cutting their clients seventy year sentence down to sixty-eight years. We are still on the road to economic collapse. Furthermore, the failure to defund America’s largest death row: baby killing organization Planned Parenthood proves that many on the right have also morally collapsed.

We keep hearing that word ‘’historic.” Obama and the Liberals came out after successfully fooling the Republican’s and boasted as if they just received an approval for a credit increase. In essence, maybe they did. This new ‘’compromise’’ fluff is based on the Democrats mantra that for the first time in American history ‘’historic cuts were made.” Well gee, maybe that’s because we are in ‘’historic debt’’ Mr. Obama and you continue to spend in order to implement your plan to dethrone America of her sovereignty crown.

The word ‘’historic’’ has now become Obama’s favorite word replacing change. I can’t wait to see his new campaign slogan for 2012, “Historic Change!” Once again, the left loves to use these flowery words to cover up the true deceit of their actions. Something can be historic; does that mean all things historic are good? Last time I checked, never before in history had a madman massacred six million Jews, but that was ‘’historic.” Never before did two commercial airplanes barrel into high rise towers in New York City, but that was ‘’historic.” Never before have judges on the United States Supreme Court O.K.’d the murder of millions of babies in the womb in the name of ‘’choice.” That was ‘’historic.”

Prior to Friday nights ‘’historical’’ decision, Harry Reid came out after putting down his abortion pom-poms and gave a speech worthy of an Academy Award for best actor in a drama. Reid said that Republicans wanted to disallow women from getting cancer screenings. Here’s his quote “Republicans want to shut down the government because they think there’s nothing more important than keeping women from getting cancer screenings. This is indefensible and everyone should be outraged.” Boohoo Harry. Let me get my fake trillion-dollar Obama bill to wipe the tears from my face since inflation has already hit the Kleenex isle.

Let’s talk about Planned Parenthood. Prior to this partial Republican concession, true Republicans and true Conservatives fought tooth and nail to prevent further funding of abortion giant Planned Parenthood. We said we wouldn’t give in, the left said they wouldn’t give in. What this budget deal did was speak volumes as to what the Democrats are hell-bent on doing; spending our tax money and ensuring the continuation of aborting babies.

The entire speech by Reid was a complete lie. Planned Parenthood receives about 340 million dollars from tax payers to execute children. I know the left loves to say they do ‘’good’’ things too like handing out condoms and birth control. Yeah… after the abortion. They call it after-care counseling. Now little Mary, use these so you don’t have to come back for another ‘procedure’ okay? I highly doubt that 300 some million dollars gets spent on Trojans. The cancer screenings are a farce too. Not only did Fox News do a major investigation (aside from the investigations that caught Planned Parenthood in cahoots with underage sex trade pimps) but they investigated the cancer screening claim. Not one Planned Parenthood offered cancer screenings or mammograms. I actually did a little investigating myself last week. I called various clinics here in Arizona asking if I could get a mammogram. After a really long pause on the other end of the phone the girl admitted they don’t do mammograms. What they do is refer you to an outside clinic to have it done. Interesting, a little quid pro quo going on there? So Harry, nice try. The Liberals also came out saying that the elderly are going to die because the Republicans want to take away Medicaid. Actually Libs, the only ones that are going to die are the babies at the helm of tax payer funded executions. What if the government used tax payer money to fund the executions of prisoners on death row?? Just a thought.

Now more than ever Conservatives must not cave on morality. America has a President right now who calls a baby a ‘’punishment.” We have a president who doesn’t even want a baby who survives an abortion a right to life. Obama voted against the Born Alive Infant Protection Act while in Illinois. This was a bill that in the event of a failed abortion revitalization of the baby would be initiated (meaning; save the baby’s life). Even big Liberals such as Ted Kennedy and Barbara Boxer voted in favor of the bill. Obama voted no. Let us not forget too that Obama sent 23 million US tax dollars to Kenya in order to support a Kenyan constitution which would legalize abortions in that country for the first time. So why in the world do Republicans and pro-life advocates think Obama is going to concede on this? He’s not. Neither shall we.

So as we listen to all the pathetic rhetoric over these ‘’historic’’ spending cuts, let us not forget that the horse pulling this cart to the brink of collapse is still forging straight ahead.

America is a historical nation. Never before in such a short amount of time has a nation been so blessed and become the light for other nations. History is made by either good or evil. Which side will America end up on? Will we come out on top as a nation still standing after a close Communistic call, or are we going to be known as a nation that will suffer a ‘’historic’’ fall?