A wake up call for America: stop pressing snooze

Unless you have been hiding in an igloo like Al Gore has during these frigid temps, most of us know about the events in Egypt. However, what a... 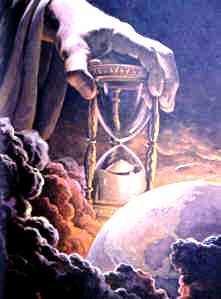 Unless you have been hiding in an igloo like Al Gore has during these frigid temps, most of us know about the events in Egypt.  However, what a lot of us don’t know is how this directly relates to America.

There are three basic points America must understand in order to grasp somewhat of an idea of what is happening, what Americans should learn from the current situation and where we go from here.

OIL: The uprising in Egypt should serve as a reminder to all Americans that we must drill for oil here and we must do it now! How hypocritical of the left to wave their anti-war sign ‘’no more blood for oil” but yet due to their over sensitive environmental concerns, America is prohibited from domestic drilling and forced to protect our sources overseas. The left is screaming about how we shouldn’t be supporting dictators like Mubarak and nations like Saudi Arabia (hmm…didn’t see them up in arms concerning the brutal dictator Saddam Hussein) and they are absolutely right. However, thanks to them they have put us in this situation because their fear of killing a water bug overrides that of national security.

The events in Egypt also serve as a reminder as to what took place in 1973 when OAPEC (Organization of Arab Petroleum Exporting Countries) placed an embargo on oil because America supported Israel in the Yom Kippur war thus exploding oil prices and creating a real problem for Americans to refuel at the pump. This is just the tip of the ice berg as to what can happen when we place our biggest necessity in the hands of regimes that have the oil joystick at America’s expense.  The Muslim Brotherhood just recently called to cut off the Suez Canal where if that happened, it would remove two to three million barrels a day of oil. America must stop putting ourselves in this vulnerable spot.

DEFENSE FIRST: Those of us who remember the morning of September 11, 2001 as if it were yesterday, realize America is vulnerable to those who wish to harm us. That is why when America elects an administration that does not have America’s safety as the number one priority; it presents an opportunity for America’s enemies to not only attack us but America’s allies. I’m not saying that the economy isn’t important. What I am saying is that if America awakes one day to an EMP attack (electro-magnetic pulse) which would place us a lot further back than the Great Depression, we can kiss goodbye debating about renewable energy and electric cars because American’s will be peddling Flintstone style.

What is taking place in Egypt is a clear example of what can happen within other nations where terrorist groups lurk to take over and initiate their Islamic Jihad goals. I hear a lot of pundits talk about Jordan, Turkey and Syria perhaps following suit however the one nation that hasn’t been mentioned as much is Pakistan or as Obama says in his language: Pahk-ee-stahn.  Pakistan is on its way to becoming the fifth largest nuclear state and there are already rumors of a possible uprising taking place. No worry though because the repeal of Don’t Ask Don’t Tell is really going to increase America’s military numbers!  We’ll be able to stretch our military from sea to shining sea for sure now!

If America doesn’t put our defense on the forefront, every single issue we are trying to tackle will be meaningless. Unless we flex our military muscles just like Iran, China, North Korea and Venezuela are doing, America is going to be caught way off guard. I guess as in the case of Barack, if you have no muscles to flex that is the opportune time for radical regimes to rise up.

PROTECTING ISRAEL:  Fear is raging, and it is raging through the veins of our dearest ally in the Middle East ,Israel. Israel has seen this ‘’uprising’’ before and they have every single right to be concerned. In 1979 the Shah was ousted due to the ‘’uprising’’ of the Iranian people and over time turned into Israel’s biggest threat today: Ahmadenijad and his plan to wipe Israel off the map. I don’t care what the name of the group is infiltrating the uprising in Egypt. I don’t care if it’s the Muslim Brotherhood, Hamas, or any other group. They all share the same common goal: to annihilate Israel. As news networks try to trace the beginnings of the Muslim Brotherhood and banter back and forth as to whether or not they truly are a threat, all one has to do is take it from the horse’s mouth. Mohamed Ghanem, one of the leaders of the Muslim Brotherhood in Egypt as of yesterday called on Egypt to refrain from pumping gas to Israel and prepare the Egyptian people for war with Israel. He also stated the Egyptian police won’t be able to stop the Muslim Brotherhood. America needs to quit getting distracted by the intricacies and start looking at the bigger pictures. Jihad is Jihad. It doesn’t matter what name one puts in front. It is the Third Jihad according to them and the final Jihad to implement total world chaos. Radical Muslims don’t worry about whether we are Democrat or Republican. They look at us as a whole; Americans. All these groups are a whole: Umma ushers.

Israel has expressed their desire that Mubarak remain in power for now because they fear a second take on what took place in Iran. Israel was upset when Obama stepped right out in his usual ‘’non supportive Israel’’ attire and supported the ousting of Mubarak going even further to imply his ok with the Muslim Brotherhood being part of the government so long as it’s done Democratically. Democratically in the same way Hitler was voted in Obama? Just want to clear that up. Obama has absolutely no discernment. He can’t discern good from evil. As Scripture tells us, “Woe to those who call evil good and good evil, who put darkness for light and light for darkness” Isaiah 5:20.  Unfortunately, many American’s are still floating in that very same sea of deception.

Regardless of what any Liberal, MSNBC correspondent, or ACLU lawyer says, politics and religion are entwined and the proof of that is happening before our very eyes. Everything that is taking place in the Middle East is and will ultimately center on the nation of Israel. If Israel asks America to stand with her during this time of major vulnerability for the nation, America must do so. America’s future rests on our relationship with Israel.

It’s interesting to see the Democrats and Liberals jumping on the ‘’Democracy in the Middle East” band wagon. They sure didn’t do this for Iraq and Afghanistan!  I guess former President Bush’s point that a more stable Middle East correlates with a securer America. So many laughed at that idea but now some of that truth is revealing itself on our televisions.

As we watch the events unfold in Egypt, let this serve as a reminder that we must protect our nation and if that is through becoming dependent on domestic oil or putting defense back to the forefront of the American agenda so be it. Most of all, we must look at these events on a much larger spectrum. We must see what all of these nations are doing and regardless of name what their ultimate goal is. We must ask ourselves why one tiny nation would pose such a major threat to its much larger surrounding nations.

“And in that day will I make Jerusalem a burdensome stone for all people: all that burden themselves with it shall be cut in pieces, though all the people of the earth be gathered together against it” Zechariah 12:3