Today, I saw a photograph online that was stunning to me on more than just one level. It’s a photograph of the Lower Manhattan skyline in New York City, on an Easter morning in 1956. Here it is: 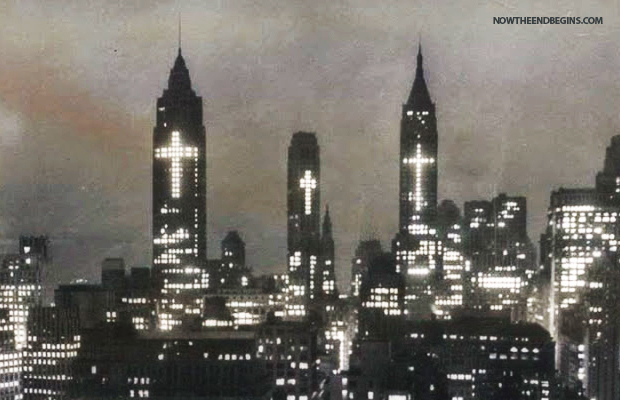 As A Christian, I rejoice seeing this very public display of the celebration of the Resurrection of the Lord Jesus Christ in what is arguably the most photographed city in the world, New York City. But as an American and a patriot, this 1956 photograph makes me immeasurably sad because I know that this could never happen in 2015.

“Thus saith the LORD, Stand ye in the ways, and see, and ask for the old paths, where is the good way, and walk therein, and ye shall find rest for your souls. But they said, We will not walk therein.” Jeremiah 6:16 (KJV)

In 1970, just 14 years after this photo was taken, New York passed the most permissive abortion law in America, one that defined the state as the country’s abortion refuge. Overnight, a new industry materialized in New York City, promoting itself to women across the country. The pitches were often blunt.

A newspaper ad from the time inquired, “Want to be un-pregnant?” 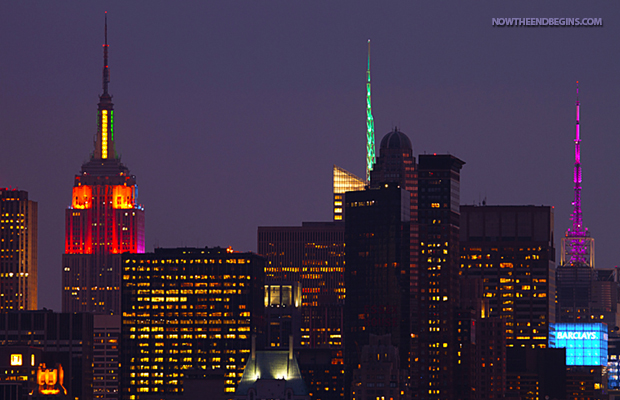 New York lights up their skyline to send their message of LGBT Pride around the world, 2014

If someone where to attempt to recreate the 3 Crosses photo in the day and age we live in, they would be immediately marginalized, vilified, and their “bigoted intolerance” of believing in Jesus Christ would lead to their being sued for hate speech. Don’t think so? Why don’t you try it and see. Better yet, why don’t you open a bakery or flower shop as a Christian and see what happens when you won’t make a same-sex wedding cake.

But you don’t have to worry about that, it will never happen. In 2015, New York City doesn’t celebrate Jesus Christ, they celebrate LGBT Pride. The 3 Crosses photo was last seen in 1956, but lighting the Lower Manhattan skyline for LGBT Pride occurs each and every year.

And that is the reality of the America we find ourselves a citizen of in the last days.