2012 and the Sure Word of Bible Prophecy

Based on the prophetic word of God, this is what I see could take place in 2012. The Arab uprising is not even a year old, and yet the... 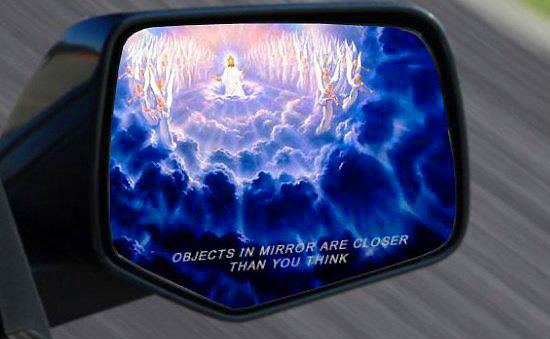 The firmest, fondest Hope of the bible believing Christian is the return of Jesus Christ for His Bride, the Church
by Geoffrey Grider January 7, 2012
NOW THE END BEGINS SHARE:
Prophecy and 2012

“For our conversation (citizenship) is in heaven; from whence also we look for the Saviour, the Lord Jesus Christ: Who shall change our vile body, that it may be fashioned like unto his glorious body, according to the working whereby he is able even to subdue all things unto himself.” Philippians 3:20,21

The firmest, fondest Hope of the bible believing Christian is the return of Jesus Christ for His Bride, the Church

Startling prophetic events took place during 2011, especially with Islam, disasters and the world economy. Many of these disasters, I was able to tie directly to events with Israel. The Japanese earthquake and the Joplin tornadoes are the prime examples. If the nations continue to come against Israel and promote the homosexual agenda, there is no reason to think the events will slow down during 2012. The events are now escalating towards the Day of the LORD.
Based on the prophetic word of God, this is what I see could take place in 2012. The Arab uprising is not even a year old, and yet the Muslim Brotherhood has already taken over many Arab states. All the Arab states around Israel are going to create an Islamic caliphate with the immediate target being the destruction of Israel. They will want to destroy Israel and make Jerusalem the capital of this caliphate. The move to create this union will accelerate during 2012. Any type of military action by Israel will also accelerate this union.
Tremendous pressure is coming on Jordan as the Muslim Brotherhood is gaining support. Jordan is the key in this caliphate, as the Bible shows Jordan is going to become one of Israel’s leading enemies. Jordan is going to turn against Israel. If it happens during 2012, it is a sign that war is very near.
As Iran grows closer to obtaining a nuclear weapon, the greater the chance for war between Israel and Iran. Israel has no choice but to attack Iran to destroy its nuclear weapons program. This war will unite Islam against Israel and could overnight bring the caliphate together. On January 1, Obama signed into law severe economic sanctions against Iran. These sanctions go into effect the first week of March. Iran said the sanctions are an act of war. In response, Iran said it will close the Straight of Hormuz to shipping, which will cripple the world’s oil supply. The US stated, it will not allow Iran to do this. The potential for war is great this Spring. It appears that 2012 is the year for this war as time has run out.
If the US backs Israel in the war or initiates the attack against Iran, it will be to defend Saudi Arabia. Saudi Arabia is terrified of a nuclear Iran. Iran is Shiite Muslim while Saudi is Sunni. These two fought vicious wars to control Islam with the Sunnis winning. Iran is now moving to control Islam and Saudi Arabia is the in way. Iran would use the threat of nuclear weapons against Saudi Arabia to gain control of Islam. Obama loves the Sunnis, if he is not one! He will protect the Sunnis and use protecting Israel as the cover. I have no doubt of this.
The Middle East is ripe for the all-out war that is described in Psalm 83 and by so many of the prophets. The time has arrived as the caliphate is forming and Iran is on the verge of nuclear weapons. It is not, if the war will start but when. Watch events involving Jerusalem, as it is a possible that the war will start over Jerusalem. If the war does not start over Jerusalem, it could ignite a smoldering fire into the all-out war.
The world economy is about to melt down. Watch the EU to melt down in direct coinciding with trying to force Israel to divide the land. Based on all that I have documented in the last 20 years, God is going to bring down the world economy in direct connection to dividing Jerusalem. There is no hope for the world economy, as it is under the direct judgment from the Holy God of Israel.
There were incredible disasters connected to the nations touching Israel. I would expect the same to continue into 2012. The disasters will coincide with the nations violating God’s prophetic word for Israel. There has been nonstop volcanic activity all over the world, and it is possible that there will be major eruptions this year. If the EU comes against Israel, watch the volcanoes in Iceland as a major eruption would devastate Europe.

If all these events converge, it could appear to the world’s population as Armageddon. The war in the Middle East has the potential to kill millions, destroy entire nations and create millions of refugees. The war would drive the price of oil skyward and crush the already fragile world economy. The combination of this horrific war over Israel, the world-wide social unrest from the economic collapse and mega disasters will lead people to think that it is Armageddon. In addition, there are numerous movies and stories about the world ending in 2012. If events break like this in 2012, it is very possible that people who are not grounded in God’s prophetic word will think it is Armageddon.
I do believe that in this coming war that Islam is going to be defeated. The end time religion will be paganism and not Islam. A military leader from Europe could be the one who defeats Islam. He would be looked upon as a savior. A world government will form to put the economy and nations back together. This “savior” will have the ideas to create peace. He will call for a world religion to end religious wars. He will want to merge all the religions into one. The masses of people will follow him, and he is none other than the Beast of Revelation 13 or better known as the antichrist!
I cannot say for sure that all this is going to start in 2012. What I can say is that time is running out. How much time is left until Israel and Iran are at war? How much time before the Islamic caliphate is formed? How much time is left for the world economy? I believed that the end time events described throughout the Bible are now coming into clear focus. The world is looking for a human savior and not the Lord Jesus from heaven. They will get a savior, but he is nothing more than a deception to trap multitudes into perdition.
The world has nothing to look forward to but the antichrist and Armageddon!
We look to heaven for the coming of the Lord Jesus for His church. From any angle we look, there is not much time left. Use the remaining time wisely to grow in grace and knowledge of the Lord Jesus Christ. What you do now for the Lord will carry over into eternity. Do not hold back, but go full speed for the LORD.
May the Holy God of Israel bless and protect you. source – John McTernan’s INSIGHTS