Although Hillary Clinton boasts a robust 3.6 million Twitter followers, not even a vast right-wing conspiracy would be able to interact with 2 million of them.... 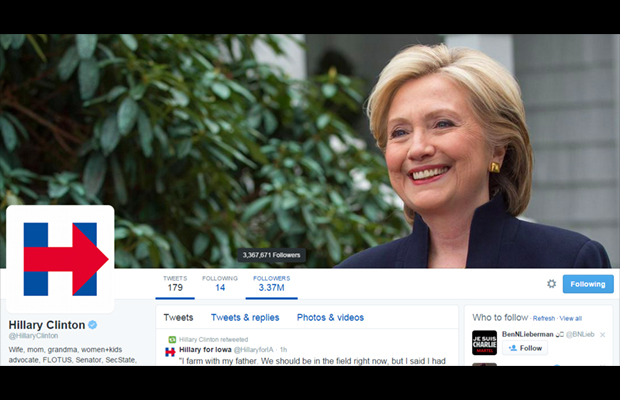 Although Hillary Clinton boasts a robust 3.6 million Twitter followers, not even a vast right-wing conspiracy would be able to interact with 2 million of them.

According to two popular online measuring tools, no more than 44 per cent of her Twitter fan base consists of real people who are active in using the social media platform. And at least 15 per cent – more than 544,000 – are completely fake.

StatusPeople.com, the oldest publicly available Twitter-auditing tool, reports that 44 per cent of the former secretary of state’s followers are ‘good’; 15 per cent are ‘fake’; and 41 per cent are ‘inactive,’ meaning that they never tweet or reply to any tweets.

Clinton boasts two-thirds of a million Facebook ‘likes,’ but more than 46,000 of them list ‘Baghdad’ as their hometown. Hmm, can you smell the fakery wafting through the air?

Now I ask you — are you surprised?? This woman will say anything, do anything, and be anything it takes in order for you to be convinced to vote for her. The only thing real about her is her phoniness.