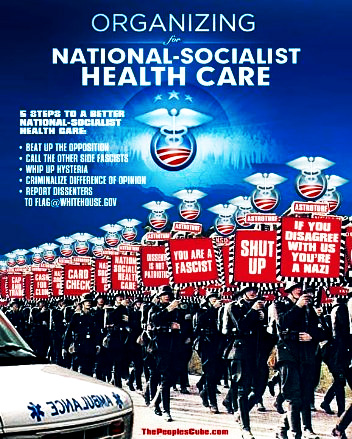 Senate Republican staffers continue to look though the 2010 Obamacare law to see what’s in it, and their latest discovery is a massive $17 trillion funding gap.

“The more we learn about the bill, the more we learn it is even more unaffordable than was suspected,” said Ala. Sen. Jeff Sessions, the Republican’s budget chief in the Senate.

“The bill has to be removed from the books because we don’t have the money,” he said.

The hidden shortfall between new Obamacare spending and new Obamacare taxes was revealed just after Supreme Court judges grilled the law’s supporters about its compliance with the constitution’s limits on government activity.

If the judges don’t strike down the law, Obamacare will force taxpayers find another $17 trillion to pay for Obamacare’s spending.

The $17 trillion in extra promises was revealed by an analysis of the law’s long-term requirements. The additional obligations, when combined with existing Medicare and Medicaid funding shortfalls, leaves taxpayers on the hook for an extra $82 trillion over the next 75 years.

The federal government already owes $15 trillion in debt, including $5 trillion in funds borrowed during Obama’s term.

That $82 billion in unfunded future expenses is more more than five years of wealth generated by the United States, which now produces just over $15 trillion of value per year.

Currently, the Social Security system is $7 trillion in debt over the next 65 years. Medicare will eat up $38 trillion in future taxes, and Medicaid will consume another $2o trillion of the taxpayer’s wealth, according to estimates prepared by the actuarial office at the Centers for Medicare and Medicaid Services.

The short-term cost of the Obamacare law is $2.6 trillion, almost triple the $900 billion cost promised by Obama and his Democratic allies, said Sessions.

The extra $17 billion gap was discovered by applying standard CMMS estimates and models to the law’s spending obligations, Sessions said.

The same review also showed the Obamacare law added another $5 trillion in unfunded obligations for the Medicaid program.

“President Obama told the American people that his health law would cost $900 billion over ten years and that it would not add ‘one dime’ to the debt… this health law adds an entirely new obligation—one we cannot pay for—and puts the entire financing of the United States government in jeopardy,” Sessions said in a floor speech.

“We don’t have the money… We have to reduce the [obligations] that we have.” source – Yahoo News