The Perplexing Question Of Why Most American Jews Are Liberals Answered

In contrast to Jerusalem, Tel Aviv is much like the majority of Jews here in America. Some of them want to split Israel and even Jerusalem for peace. They... 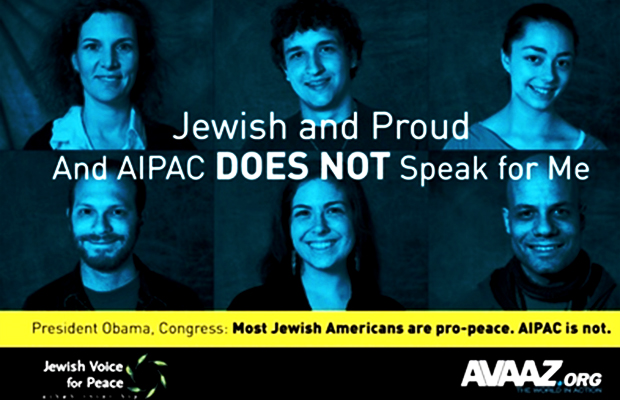 When I was growing up in a mostly secular Jewish home, the Lord placed a hunger in me to really know Him, from a very young age.

“Who is this that cometh from Edom, with dyed garments from Bozrah? this that is glorious in his apparel, travelling in the greatness of his strength? I that speak in righteousness, mighty to save.” Isaiah 63:1 (KJV)

I met the Messiah in 1983, and since then, my life has never been the same. It hasn’t been all wonderful. There were hurts and pain, but the difference was that I knew that the Lord was with me through everything. He became my life and His Word, my sustenance.

I had been taught in synagogue to be very proud of my heritage as a Jew, but it meant nothing to me back then. Actually, the constant anti-Semitic remarks by kids in my neighborhood and school; fist fights in the street over being called names — I wasn’t exactly ecstatic about being a Jew. Also, the Old Testament confused me when I attempted to read it.

I also learned in the synagogue that Christians hated us, and they always had. You see, Jews look at Christianity as one unit. They have no idea about being truly born again from above — having a heart of stone being made into a heart of flesh, and God’s own Holy Spirit coming and dwelling within us. Jews look back at history and see Jewish blood spilled in the name of Christianity. It was only on this side of the Cross, that I realized that being a Christian had nothing to do with denomination, or how ornate a church building was. None of that was important. My question to people was “Do you know Jesus as your Lord and Savior?” And it was only after knowing Jesus, that I appreciated and loved being a Jew.

The simple truth is that most Jews in America are secular Jews. They don’t believe the Bible and many are agnostic or atheists.

Jews heard about people like Corrie Ten Boom, but I truly believe that they just thought of Corrie as one of a kind – a special lady. They were unable to see that it was the Lord in Corrie’s life and heart who made her into the loving woman she was, willing to sacrifice herself for the Jewish people. My people could not discern that some people were truly Christian, while most were just going through the motions.

But I think that Israeli Jews are beginning to be able to discern the Evangelicals from all others at last. They see that there are certain Christians who really love Israel. Bibi knows it and many others too. I think this will be used by the Lord to bring more and more Jews to know Him.

Before I was saved, I had always had the feeling that the Catholics were the holy people. I suppose some of that came from their mass, which in many ways was like a service in the synagogue. Everything seemed so perfect, but I was searching for Jesus. I did go to a Catholic church to find Jesus, although that was short lived. I did not see Him there.

I have heard so many born again believers ask why most Jews vote leftist, and why most of them stand with Obama, even in 2012, after all he has said and done against Israel. The answer is not complex. I wish it was complex. The simple truth is that most Jews in America are secular Jews. They don’t believe the Bible and many are agnostic or atheists. My own sisters do not believe in God, and they hate me for believing in Jesus.

I find it interesting that my older sisters never received any instruction in Judaism, but my parents decided to send me. I am grateful that they did. I believe that the Lord’s Hand was on me all through my life.

My dad had grown up in Boston, and was from an orthodox family. He read and spoke Hebrew fluently. My mom was totally secular. Her parents had been gamblers in D.C. and mom was regularly sent on a bus, at twelve years old, to pay off her parents’ debts. My parents met at the Jewish Community Center in D.C. at the beginning of WWII. They married soon after that.

Dad gave up his orthodox ways for mom. So there we were, a secular Jewish family. My parents had told us that as good Jews, we should be Democrats. It was expected. It was important. They made me believe that the Democrats were the party of compassion. I guess they missed the history of FDR sending away a ship of 900 frantic Jews from Europe, wanting to come into America to escape the coming slaughter. FDR told Congress that the U.S. had enough Jews. Those Jews went back to Europe, and eventually to the camps.

I guess they forgot that in the miraculous 6 day war of 1967, President Johnson (Democrat) said that Israel would stand alone if they defended themselves. He didn’t realize that God helped Israel. He didn’t care.

My dad, having had Hebrew instruction, and a love for Torah, was different. He loved Israel. I remember during the 1960’s, he had a picture of Nasser in our utility room — we threw darts at it. Dad loved Israel and sent money each year to them. I’m not sure if mom knew that he did this. But Dad was still a Democrat.

When God saved me in 1983, I had been a registered Democrat. It had never occurred to me to be anything else. But as I read the Word every day, I realized that I could not reconcile the platform of the Democrats with God’s Word. I changed my political affiliation to Republican.

Mom told me in a stern voice, that she could take my believing in Jesus, but she could not accept me being a Republican. She exclaimed “I can’t believe I gave birth to a Republican!”

Before dad died in 1997, the Lord allowed me to lead him in prayer to be saved. I had witnessed a lot to Dad when they moved to Florida for retirement. I sent him books and letters about Yeshua.

He wrote back to me that he was so proud that one of his children loved the Ten Commandments. He didn’t mention Jesus, but on his deathbed he prayed the prayer of repentance and trusted Yeshua for his salvation.

In Jerusalem, there are quite a few orthodox Jews. They are conservative. They believe the Old Testament, and they know that God promised the land of Israel to Abraham and his descendants through Isaac. About 10% of Israel is orthodox.

And then there are the moderates, who love Israel and know the dangers which encircle them. They want to be safe. They don’t want to die. They want a strong leader like Netanyahu.

No person knows the time of the Rapture of the Church. But we do see the signs that this world is getting ready for something big. Anti Semitism is at its highest point, worldwide. There are wars and rumors of wars all around. There are earthquakes and all sorts of natural disasters. One of the most important fulfillments of prophecy was in 1948, when God brought His people from the four corners of the earth, back to their own land.

“Behold, the days come, saith the Lord, that the plowman shall overtake the reaper, and the treader of grapes him that soweth seed; and the mountains shall drop sweet wine, and all the hills shall melt. And I will bring again the captivity of my people of Israel, and they shall build the waste cities, and inhabit them; and they shall plant vineyards, and drink the wine thereof; they shall also make gardens, and eat the fruit of them. And I will plant them upon their land, and they shall no more be pulled up out of their land which I have given them, saith the Lord thy God.” Amos 9:13-15 (KJV)

“O Jerusalem, Jerusalem, thou that killest the prophets, and stonest them which are sent unto thee, how often would I have gathered thy children together, even as a hen gathereth her chickens under her wings, and ye would not! Behold, your house is left unto you desolate. For I say unto you, Ye shall not see me henceforth, till ye shall say, Blessed is he that cometh in the name of the Lord.” Matthew 23: 37-39 (KJV)

I believe that those words will be among the sweetest that our Lord will ever hear.

My Jewish brothers and sisters, my prayer for you is that your eyes will be opened, and that you will understand that your Messiah came, and you knew Him not. He is Yeshua (Jesus). He gave his life for you. You were hardened for a time, so that the Gentiles could come into the Kingdom. You see, the plan of God was that through us (Jews) the whole world would be offered Salvation.

“And so all Israel shall be saved: as it is written, There shall come out of Sion the Deliverer, and shall turn away ungodliness from Jacob:” Romans 11:26 (KJV)

When the last Gentile comes in, then your eyes will be opened and you will see Him clearly. He adores you!

I don’t know why He revealed Himself to me at this time. I’m so glad He did, so that I can tell you that this is TRUTH. Now do you understand why the born-again Christians love Israel so much? The Law, the prophets and Yeshua came from the Jewish people!

What’s not to love?

I pray that many will read this, and that the Lord will draw them to Himself and they will be saved.