"The system will also allow us to do things we never thought about," John Alan Moore, the Hilton hotel's director of security and life, says in a Hilton press... 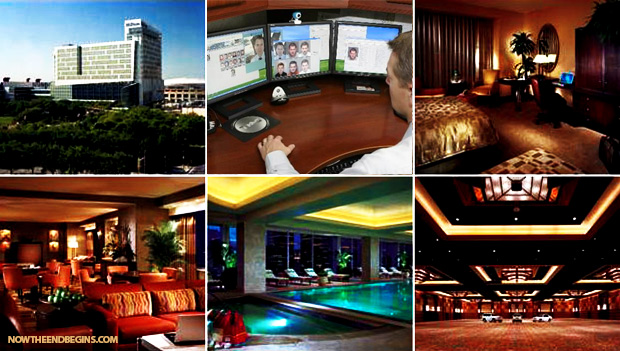 The 666 Surveillance System is everywhere

“The system will also allow us to do things we never thought about,” John Alan Moore, the hotel’s director of security and life, says in a Hilton press release. The system – said to be 90% accurate in recognizing people and objects – will let the hotel track goings-on throughout the property using newfangled search functions that can track faces and objects by color and size.

Hilton is following in the footsteps of Walt Disney World after they rolled out their own hyper-invasive, full-time tracking system throughout all their theme parks in 2013. With the Internet as it’s foundation, every aspect of our daily lives are being melded with the Mark of the Beast worldwide tracking system. Everywhere you look, from the microchipped smart device in your pocket, your vehicle with over 30 tracking chips, to the drones over your head following your every move, there is no hiding place. And it’s only going to get worse.

We have accepted the inevitable.