This week, through an amazing series of events, Israeli Prime Minister Benjamin Netanyahu will command the world's attention by giving a series of speeches in Washington, DC, at the... 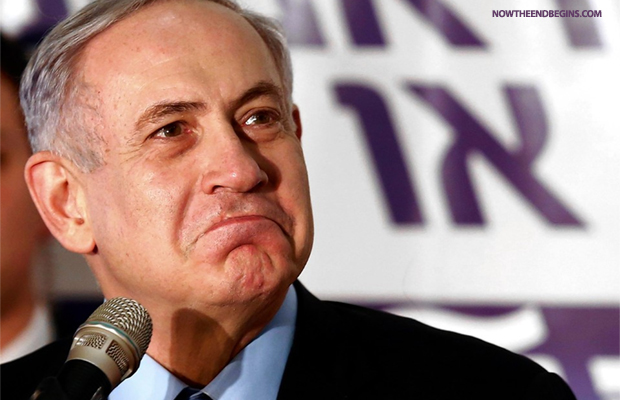 Zionism is the belief that all the land of Israel, as promised to the Jews by the God of Abraham, Issac and Jacob, belongs to the Jewish people forever.

“The LORD is righteous: he hath cut asunder the cords of the wicked. Let them all be confounded and turned back that hate Zion.” Psalm 129:4,5 (KJV)

This week, through an amazing series of events, Israeli Prime Minister Benjamin Netanyahu will command the world’s attention by giving a series of speeches in Washington, DC, at the behest of Israel-loving politicians. No, Barack Obama is not one of those people.

“For if thou altogether holdest thy peace at this time, then shall there enlargement and deliverance arise to the Jews from another place; but thou and thy father’s house shall be destroyed: and who knoweth whether thou art come to the kingdom for such a time as this?” Esther 4:14

In tweets over the past 24 hours, Netanyahu has said among other things that “I am leaving for Washington on a fateful, even historic mission. I am the emissary of all Israelis, even those who disagree with me.” And that he certainly is. Like him or hate him, Benjamin Netanyahu is the face of Zionism and the de facto spokesperson for Jews worldwide.

What is Zionism? Simply put, Zionism is the belief that all the land of Israel, as promised to the Jews by the God of Abraham, Issac and Jacob, belongs to the Jewish people forever. Benjamin Netanyahu is a champion of Zionism. Israel was not created in 1948, Israel was established by God Himself nearly 3,500 years ago and after 2,000 years of Diaspora He regathered His chosen people in exactly the same spot from which they were scattered in 70 AD. On May 14, 1948, with the recognition of the nation of Israel by US President Harry S. Truman, prophecy was fulfilled according to what Jesus had spoken in the gospel of Matthew:

“Now learn a parable of the fig tree; When his branch is yet tender, and putteth forth leaves, ye know that summer is nigh: So likewise ye, when ye shall see all these things, know that it is near, even at the doors.” Matthew 24:32,33 (KJV)

Benjamin Netanyahu wants peace and safety for Israel, Barack Obama wants Iran to have nuclear weapons. In a nutshell, that’s the reason for Netanyahu’s visit today to Washington. Bible believing Christians all across America today should rise up in one voice with support for Netayahu’s mission, and prayers for his success. He faces tremendous opposition from the liberal Democrats, chiefly from Barack Obama who detests him and Israel.

Netanyahu’s visit is highly unusual. Not only will he not meet with Obama, but he is taking the most prominent stage outside the White House available to a foreign leader in Washington and directly campaigning against one of the president’s top second-term priorities — a nuclear deal with Iran. Netanyahu appears to have concluded that the proposed agreement is so bad that, in a highly unorthodox move, he will actively join Obama’s political adversaries in an effort to derail the president’s Iran deal-making.

The Israeli leader will make the case against the proposed deal in an address to Congress on Tuesday, against the wishes of the White House, at the invitation of GOP House Speaker John Boehner.

The speech, likely to delight Republicans, who are also trying to thwart Obama’s Iran diplomacy, will be the starkest illustration yet of the estrangement between Netanyahu and Obama. source

Mr. Netanyahu, on behalf of America’s Christian population, we give you our love and support as you go to do battle today. You are God’s man in charge of Israel for “such a time as this”. Say what needs to be said, and the Lord will go before you and prepare the way.