Arizona's state legislature will open its own investigation into the Obama administration's disgraced gun-running program, known as "Fast and Furious," the speaker of the state House said Friday. Fast... 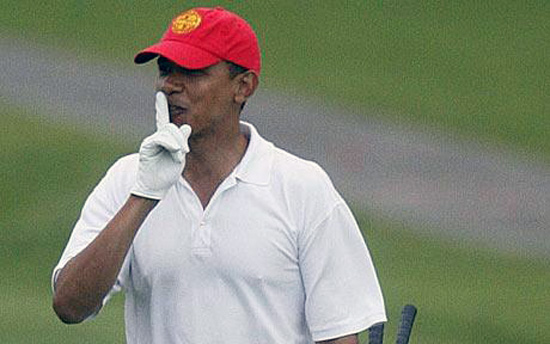 The liberal media has all but buried the story that has become known as Obama's Watergate
by Geoffrey Grider January 21, 2012
NOW THE END BEGINS SHARE:

Arizona’s state legislature will open its own investigation into the Obama administration’s disgraced gun-running program, known as “Fast and Furious,” the speaker of the state House said Friday.

Speaker Andy Tobin created the committee, and charged it with looking at whether the program broke any state laws — raising the possibility of state penalties against those responsible for the operation.

It’s a turnaround from the rest of the immigration issue, where the federal government has sued to block the state’s own set of laws.

A law requiring businesses to check new workers’ legal status was upheld by the Supreme Court last year, and the court has agreed to hear the case of Arizona’s crackdown law that makes being an illegal immigrant a state crime and gives state and local police the power to enforce that law.

Fast and Furious was a straw-purchase program run by the Bureau of Alcohol, Tobacco, Firearms and Explosives. The goal was to try to trace guns sold in Arizona shops and then trafficked across the Mexican border, where they landed in the hands of drug cartels.

As part of the operation, however, agents let the guns “walk” — meaning they lost track of them. At least two of the guns ended up at the scene where Border Patrol Agent Brian Terry was killed in a shootout with Mexican bandits along a smuggling corridor in Arizona.

Mr. Tobin will announce the committee’s jurisdiction at a press conference in Phoenix on Monday. The committee is charged with looking into the facts about the program, what impact it had on Arizona and whether any of the state’s laws were broken.

On Friday the chief of the criminal division of the U.S. Attorney’s Office in Arizona told a House committee he will decline to answer their questions next week, citing his Fifth Amendment rights against self-incrimination. The official’s lawyer, in a letter to the committee, said his client is innocent but is “ensnared by the unfortunate circumstances in which he now stands between two branches of government.” source – Washington Times