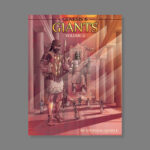 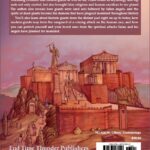 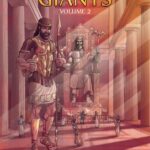 Master Builders of Prehistoric and Ancient Civilizations. The master work of research and insight on the Genesis 6 Giants by Steve Quayle. The legends, myths, and oral traditions about giants may not be so farfetched as you have been taught.

For over many years now, I have been carefully tracing, finding, and sleuthing the truth.

I started by investigating the origins of ancient civilizations: their builders, their myths, and their legends. Little by little, what I discovered prompted and provoked me to seek answers beyond the party line. As Henry Ford, the automotive genius of the last century, so aptly put it, “History is more or less bunk.”

Perhaps the most startling thing about the ancient wisdom and understanding which you’ll learn about throughout this book is that the calculations and knowledge behind them was not, as is the case today, dependent on computers for such computations. Instead, it seems entirely possible (indeed probable since instrumentation that would permit such calculations has never been found) the work was done in the heads of those creating the monuments and machinery.

The conventional view of ancient peoples is that they were dumb brutes. And the farther back in time you go, the dumber they must have been for the simple “reason” that human kind is supposed to be evolving into a better, wiser beast. Yet, as you’ll see, the exact opposite may have taken place. Hidden in the truth is the fact that giants not only existed but most likely ruled and controlled lesser men due to both their physical as well as their mental superiority.

Yet the truth remains: Those legends, myths, and oral traditions may not be so farfetched as you have been taught, and even would prefer to think. In fact, they may have at least nuggets of truth in them. That truth points back to a period of time, in the dateless past, when great civilizations flourished with scientific and engineering achievements (which challenge modern intellects) were then the norm

Be the first to review “Genesis 6 Giants – Updated” Cancel reply