At the White House’s Summit on Extremism, Homeland Security Chief, Jeh Johnson said: “My job is to give voice to the plight of Muslims in this country.”... 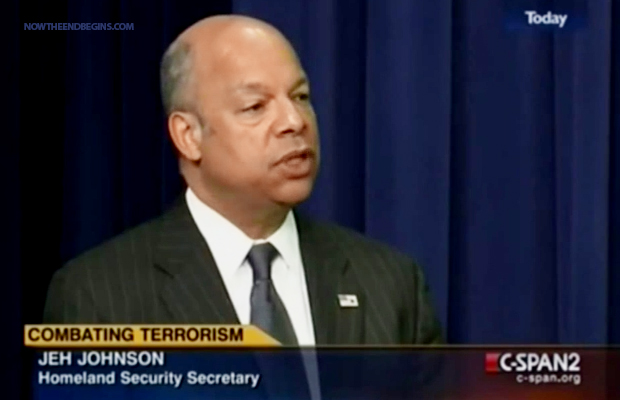 At the White House’s Summit on Extremism, Homeland Security Chief, Jeh Johnson said: “My job is to give voice to the plight of Muslims in this country.”

He stands firmly with his boss, Mr. Obama, on protecting the Muslim community.

ARE THESE GUYS SERIOUS??

Forgive me, but I’ve had just about enough of this political correctness, and protecting Muslims at every turn. Mr. Johnson goes on to say that in his travels, he hears from the Muslim community that they feel discriminated against.

Where are these same people, who need to be vocal in denouncing the terrorist acts of Muslims?? I’m sorry, but I must be missing coverage of this on the news. Yes, I’m being sarcastic.

“Homeland Insecurity: Now we know why the White House refused to provide reporters a list of participants attending its three-day “Summit on Countering Violent Extremism.” Some participants are extremists themselves.

Also, now we know why Obama’s summit seemed to defend Muslim extremists — rationalizing their violence as a reaction to “economic and political grievances” — not try to defeat them. Among other radical guests, President Obama invited Iraq-born Salam al-Marayati, who heads a Los Angeles-based Islamist group founded by two Muslim Brotherhood operatives, according to former federal terrorist prosecutor Andrew McCarthy.

Al-Marayati has a long record of defending terrorists and justifying violence against non-Muslims — an easy one for the White House to vet for extremism. He once proclaimed that “When Patrick Henry said, ‘Give me liberty or give me death,’ that statement epitomized jihad.” He’s also compared Muslim terrorists to “American freedom fighters hundreds of years ago (who) were also regarded as terrorists by the British.” [1] – source