The Urban Death Project is not simply a system for turning our bodies into soil-building material. It is also a space for the contemplation of our place in the... 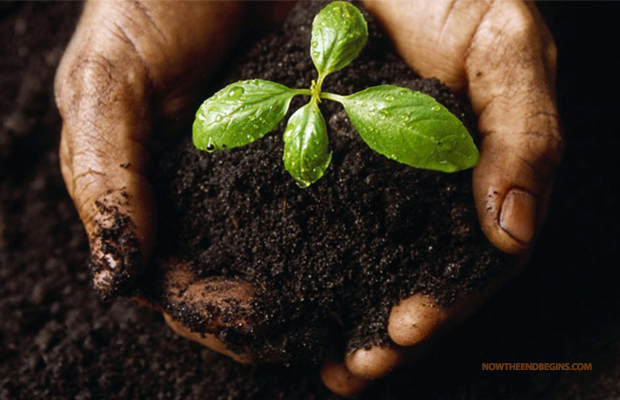 EDITOR’S NOTE: In the 1973 popcorn thriller Soylent Green starring Charlton Heston, we see a novel way to augment the world’s dwindling food supply. Heston in the climatic scene discovers what Soylent Green is actually made out of , and utters the campy though now-classic line of “Soylent Green is people!” Well, looks like that train may be coming into the station after all.

The project is called the Urban Death Project, and it describes the process of turning dead humans into plant food as follows:

The Urban Death Project is a compost-based renewal system. At the heart of the project is a three-story core, within which bodies and high-carbon materials are placed. Over the span of a few months, with the help of aerobic decomposition and microbial activity, the bodies decompose fully, leaving a rich compost.

The Urban Death Project utilizes the process of composting to safely and gently turn our deceased into soil-building material, creating a meaningful, equitable, and ecological urban alternative to existing options for the disposal of the dead.

How does religion fit into all of this?

It is important to note that the Urban Death Project is not simply a system for turning our bodies into soil-building material. It is also a space for the contemplation of our place in the natural world, and a ritual to help us say goodbye to our loved ones by connecting us with the cycles of nature. Quite simply, for many, this option will be deeply spiritual – an ecological, productive, and beautiful thing to do with our physical bodies after we have died.

The Urban Death Project website describes the project as a 501(c) non-profit, and a fundraising effort is due to launch March 30th on Kickstarter. The donate page explains, “Your gift supports the creation of a meaningful, equitable, and ecological alternative for the care and processing of our deceased.”