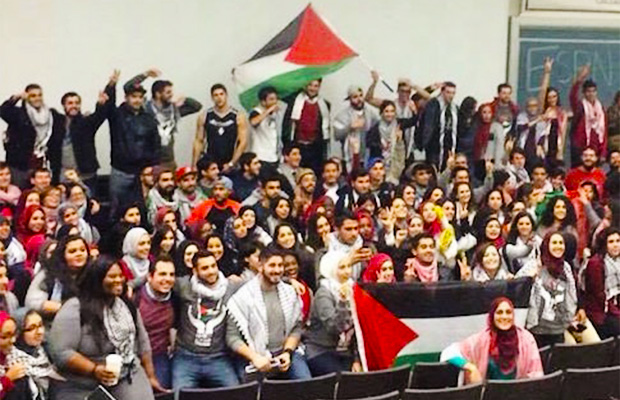 Two swastikas were spray painted on a Jewish frat house on the University of California, Davis campus

This happened two days after the student senate passed a divestment resolution targeting – yep, you guessed it – ISRAEL. “Davis now joins several schools in the University of California system — at Berkeley, Los Angeles, San Diego, Santa Cruz, Irvine and Riverside — in passing resolutions supporting the Boycott, Divestment and Sanctions movement. A similar resolution had failed to pass the student senate at U.C. Davis last May.”

At the student meeting, Hamas students repeatedly yelled “Heil Hitler” OH WAIT!- it was “Allah Akbur.” Sorry, I get those two mantras mixed up lately. 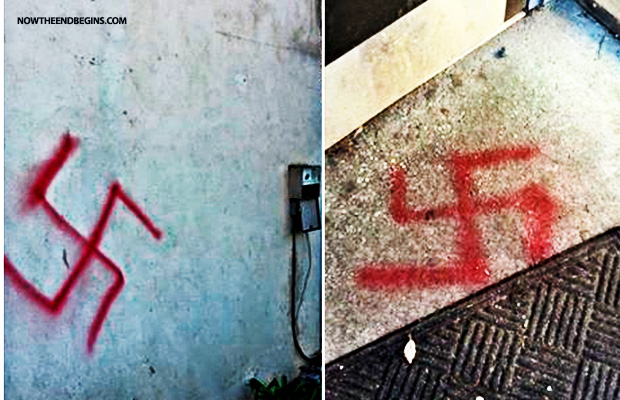 Two swastikas were spray-painted on a Jewish fraternity’s house at the University of California, Davis, two days after the student senate passed a divestment resolution targeting Israel.

The nonbinding advisory resolution was passed Jan. 29 by the Associated Students of U.C. Davis by an 8-2 vote with two abstentions. It calls on the University of California system to divest from “corporations that aid in the Israeli occupation of Palestine and illegal settlements in Palestinian territories,” the Aggie reported.

Click here to see why it is impossible to truly boycott Israel, the reason will TOTALLY shock you!