"We are aiding and abetting the enemy. I do not understand why the President and the administration want to aid and abet the enemy," Retired Lt. Gen. Tom McInerney... 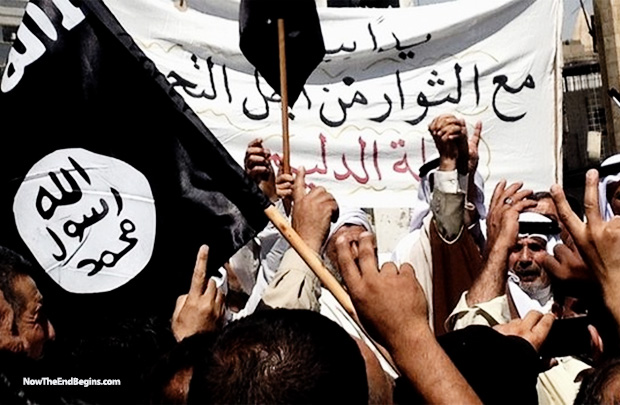 On the heels of his meeting on the handling of terrorism, Obama is giving the enemy our strategic playbook regarding the taking back of Mosul.

“The Obama administration is under heavy criticism today after publishing detailed plans on the timing to retake the ISIS-captured city of Mosul.

The US wants Iraq to launch its offensive to retake the strategic northern city of Mosul from the Islamic State group in April or May, military officials said. Mosul is believed to be held by 1,000-2,000 IS fighters and 20,000-25,000 Iraqi troops are needed to carry out the offensive, an official with US Central Command said on Thursday.

“It’s very mystifying why this administration would reveal potential plans to retake Mosul.”

“The mark on the wall we are still shooting for is the April-May time-frame,” the official said, adding that because of Ramadan and the increasing heat of summer, “it becomes problematic if it goes much later than May.” source

What’s Out: Defeating the enemy

What’s In: Sending the enemy our war plans, including troop levels and timing, in advance. Unbelievable.

“It’s very mystifying why this administration would reveal potential plans to retake Mosul. If a private in Iraq had revealed this kind of planning inadvertently by leaving a plan in the chow hall or the gym, he might have faced a court marshal but it’s now become a matter of policy that this administration is going to announce war plans in advance. It only increases the risk,” Cotton said Thursday night on The Kelly File.

“We are aiding and abetting the enemy. I do not understand why the President and the administration want to aid and abet the enemy,” Retired Lt. Gen. Tom McInerney added. “It’s going to expose our forces to risk.” [1] – source