From the beautiful city of Jerusalem, the eternal capital of Israel, the message was stunningly clear. No Obama, we will not let you choose who will lead us.... 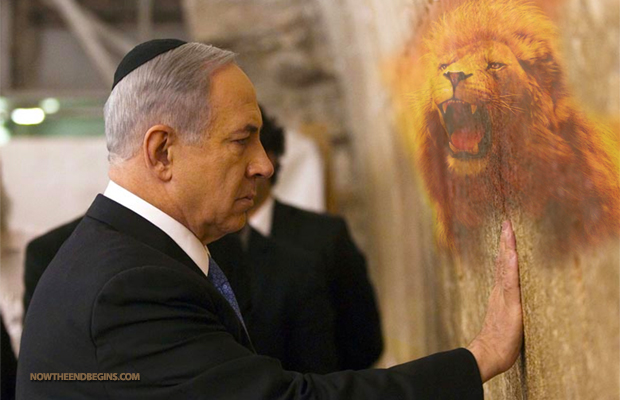 From Paula Stern in Arutz Sheva: I woke this morning in far off India to the news that Israel had done what I wanted it to do, what India did when the President of the United States, Barack Hussein Obama, tried to interfere in their elections.

As we watch the dust settle over the election results, several things are readily apparent. A much stronger Netanyahu has emerged. The question of how he will form a coalition is as yet unanswered. It will take a few days but it will happen. But even now, as they are counting the final votes, there are two very clear messages that have come out of this election.

“And one of the elders saith unto me, Weep not: behold, the Lion of the tribe of Juda, the Root of David, hath prevailed to open the book, and to loose the seven seals thereof.” Revelation 5:5 (KJV)

The first is a message to Barack Hussein Obama – don’t mess with us; don’t mess with our democracy. By far, the loudest sound heard from Israel this morning is the sound of Israel spitting in Obama’s face and if that seems too crude, too graphic a message, I’ll remind you that this is what Obama has been doing to Israel for weeks as he mobilized dozens of campaign workers to fight Netanyahu for the will of the Israeli people.

I longed for home; for a land where we do not need non-Jews to preserve us. I prayed not for a political party but for all Israelis to vote. I was ready, I am ready, to accept the will of the people.

And that is what spoke yesterday.

The results were resounding for a simple reason – the second message. Likud is where it is because many voters sacrificed their true voting choice to enable Benjamin Netanyahu to remain in power. The message to Obama is stunning and clear; whether Netanyahu understands the message to him is another matter.

Bennett’s power is far greater than the 8 seats he now commands because he has something more. He has seats within the Likud and those seats, or at least the voters who represent them, will be ready at any moment to pull out if Bibi refuses to now deliver on what he promised to get re-elected.

Netanyahu will spend time now evaluating the very clear message sent to him, but Obama need not take any time. Israel has spoken, roared its message brilliantly.

From the beautiful city of Jerusalem, at the heart and center of Israel, our eternal and united capital, from the streets of Tel Aviv, from the north and from the south, from ancient cities that date back to Biblical times and have been renewed – no Obama, we will not let you choose who will lead us. We will forever be the best friend America will ever have in the Middle East. We will share a common goal – a commitment to freedom, democracy. We will share such important values as loving life, fighting to preserve all that we are. We, little Israel, will continue to reach out to help others in times of crisis, but we will not let you do what you tried so desperately to do.

Israel has spoken. We will choose our destiny and we will, as Bibi told the US Congress, defend ourselves – for the first time in 100 generations, we will not rely on others to defend the Jews.

Geri replies to Paula: First of all, Paula, I offer apologies to you and all of Israel, on behalf of Americans who love Israel. This president does not speak for us. You must understand that Barack Obama was trained to be a Community Organizer, or like Saul Alinsky referred to this job as “An outside agitator.” That’s what Obama has been doing since his days in Chicago. He learned to agitate. Then he became a State Senator and he brought his agitator skills with him to that job. Then he hit the semi-bigtime and became a U.S. Senator and agitated there.

In 2008, he hit the big-time as U.S. President of the United States. Hope and Change really meant “Forget what America has been about, because I’m going to screw you up so badly, you won’t recognize this country in a few years.”

But that wasn’t enough for this man. Now he aspires to be an “International Agitator.” It’s all the man knows how to do, and now he can attempt to screw up other countries. The man is diabolical. He is a Socialist/Communist and his desire is to agitate the entire world until he sees redistribution of wealth in every country on this planet.

You say that Israel roared with this election, and here in America, Paula, we roared with you.

We add our voices to those of Israel. Am Yisrael Chai!