All our lives we have heard “We must be united!” Unity becomes a goal in our lives. People pray for world peace, and the way to achieve that is... 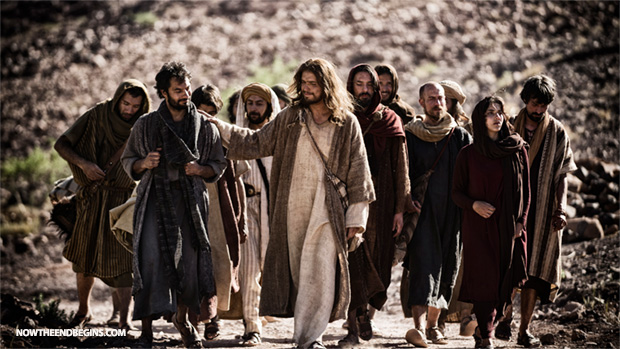 And I heard another voice from heaven, saying, Come out of her, my people, that ye be not partakers of her sins, and that ye receive not of her plagues.
by Geri Ungurean December 13, 2014
NOW THE END BEGINS SHARE:

All our lives we have heard “We must be united!” Unity becomes a goal in our lives. People pray for world peace, and the way to achieve that is through unity, right?

When Jesus opens the eyes and hearts of people, it soon becomes evident that Unity is not our mission. We begin to realize that we are different from the world. He wants us to be salt and light, so that others will be drawn to Him through us.

There certainly was no unity in my Jewish family, when I announced that I believed in Yeshua! Well, perhaps there was unity against me! But I am anything but united with my blood relatives. I am a follower of Yeshua, and that is repugnant to many people.

As true Christians, we are to have Unity of spirit. That is one reason why fellowship with the brethren is so encouraged in the Word:

“Not forsaking the assembling of ourselves together, as the manner of some is; but exhorting one another: and so much the more, as ye see the day approaching.” – Hebrews 10:25

We see the Pope doing everything in his power to bring unity. But to him this means bringing all religions together in unity. This is satanically inspired. Yeshua brought us light when we were in darkness. He took us away from false beliefs and teachings. He brought us the better Covenant of Grace, out of His love for us. He told us that He alone is the way to the Father. He warned us in His Word about false teachers, and to avoid them.

Roman Catholicism has for centuries discouraged the reading of the Bible to their people. Catholics have been told that the priests know what the Word says, so just come to mass and trust the leaders. This is the blind leading the blind!

“And he spake a parable unto them, Can the blind lead the blind? shall they not both fall into the ditch?” – Luke 6:39

The RCC has a new mantra – UNITY!! The Pope has brought Muslims and Jews and Protestant Christians into the Vatican to pray together. Catholicism has believed that our God and Allah are one and the same for a very long time. In the 2nd Council of the Vatican in 1964, they added these words to the book of Catholic Catechism:

841 “The Church’s relationship with the Muslims. “The plan of salvation also includes those who acknowledge the Creator, in the first place amongst whom are the Muslims; these profess to hold the faith of Abraham, and together with us they adore the one, merciful God, mankind’s judge on the last day.”

It is obvious that the Vatican believes that Allah and the God of Abraham, Isaac and Jacob are indeed the same God. This is heresy!

Rick Warren, who has been a proponent of Chrislam for some time now, is declaring that the Pope is the head of all Christians on the planet. Since the RCC declared that Islam serves and worships the same God, can you see where this is going??

If the Word of God is not our foundation, and our source for absolute truth, then sadly we will fall for the feel-good Kumbaya of the Unity of all religions. ONE WORLD RELIGION!

Can this statement made by Yeshua be any more clear?

Brethren, God never changes! His Word never changes! Do not be deceived by these empty words! I can just hear Satan saying “Did God really say?” YES, God really did say that we are not to be yoked together in any way with unbelievers! Galatians 1:8 says:

“But though we, or an angel from heaven, preach any other gospel unto you than that which we have preached unto you, let him be accursed.”

Do not fear as you see these things happening in our world. It is all part of God’s prophetic Word being fulfilled. But do keep yourselves safe from believing anything apart from the Word of God!