Netanyahu In America: For Such A Time As This

Tomorrow, PM Netanyahu will address Congress on behalf of the Jewish people — not just in Israel, but all over the world.... 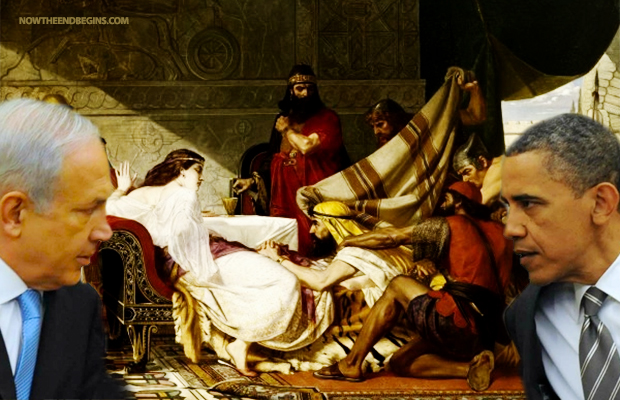 Tomorrow, as you watch Bibi Netanyahu speak to Congress about the plight of Israel and Jews everywhere — remember Queen Esther, and how God used her in such a mighty way to save His people.

”For if thou altogether holdest thy peace at this time, then shall there enlargement and deliverance arise to the Jews from another place; but thou and thy father’s house shall be destroyed: and who knoweth whether thou art come to the kingdom for such a time as this” Esther 4:14 (KJV)

When I was growing up in the synagogue, I remember that during Purim, which is being celebrated right now, we would listen to our teacher recall the story of Queen Esther. God brought her to the Persian king to become his queen. Because of Esther, the plan of Haman to annihilate all Jews was thwarted. When our teacher would say “Haman” all the kids would shake a noise making wheel and we would all yell BOO!!!!! We loved it.

Today’s “Haman” is radical Islam. Their goal: to wipe Israel off the map. PM Netanyahu knows full well what a nuclear Iran means to the security of Israel. We know what that means.

When I see what is happening to Israel, and the rabid Antisemitism sweeping the globe, I think back to Queen Esther. But today, God is bringing not a queen, but the Prime Minister of the land of Israel — miraculously re-established in 1948.

“And say unto them, Thus saith the Lord GOD; Behold, I will take the children of Israel from among the heathen, whither they be gone, and will gather them on every side, and bring them into their own land” Ezekiel 37:21 (KJV)

“And I will bring again the captivity of my people of Israel, and they shall build the waste cities, and inhabit [them]; and they shall plant vineyards, and drink the wine thereof; they shall also make gardens, and eat the fruit of them. And I will plant them upon their land, and they shall no more be pulled up out of their land which I have given them, saith the LORD thy God.” Amos 9:14-15 (KJV)

Tomorrow, PM Netanyahu will address Congress on behalf of the Jewish people — not just in Israel, but all over the world.

We have seen the recent murders of Jews across Europe. We have seen the hatred of students on the college campuses of the U.S. against Israel and the Jewish people. I never thought that I would see anything like this. My dad, before he died, told us that the Holocaust would probably be repeated.

He knows that God’s law, the prophets and Yeshua all came from the Jewish people. Satan has been trying to destroy the Jews since the beginning of his reign on earth. But because God made promises to Israel, Satan’s attacks, although horrific, will never completely wipe out the Jewish people. NEVER. Will there be more Jewish blood spilled? Absolutely. Christians and Jews are hated by Satan, and he will continue his murderous rage wherever he can.

Antisemitism is getting way out of control on America’s college campuses:

Their goal: to wipe Israel off the map. PM Netanyahu knows full well what a nuclear Iran means to the security of Israel. We know what that means.

So, tomorrow, as you watch Bibi Netanyahu speak to Congress about the plight of Israel and Jews everywhere — remember Queen Esther, and how God used her in such a mighty way to save His people.

Father I pray in the name of Jesus, that Your hand will be upon PM Netanyahu as he speaks. Give him courage and wisdom. Open the hearts of those who will listen to him. I ask this in the name of Yeshua – Your only begotten Son. Amen.

“And it shall come to pass, that before they call, I will answer; and while they are yet speaking, I will hear.” Isaiah 65:24 (KJV)