Waltrip said “If you don’t know Jesus Christ as your Lord and Savior … you are going to hell.” Waltrip spoke about how Jesus transformed his life. He told... 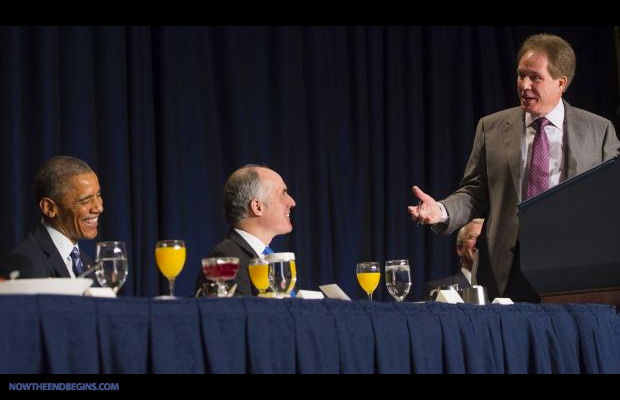 Sitting just feet away from the President, former NASCAR driver and hall-of-famer, Darrell Waltrip, gave his Christian testimony to an audience that included the Dalai Lama

“For God so loved the world, that he gave his only begotten Son, that whosoever believeth in him should not perish, but have everlasting life.” John 3:16 (KJV)

Waltrip said “If you don’t know Jesus Christ as your Lord and Savior … you are going to hell.” Waltrip spoke about how Jesus transformed his life. He told the audience that before he was saved, it was all about him. “I did everything to satisfy me,” he said.

Then he was in a severe crash during a race and everything changed.

“I realized that wreck knocked me conscience,” Waltrip said. “It scared the hell out of me. I mean that literally. I realized, what if I had lost my life that day at Daytona? Would I have go to heaven or would I have gone to hell? I thought I was a good guy, but folks, let me tell you something: good guys go to hell.”

Today, Barack Obama heard the gospel of Jesus Christ preached and had yet another chance to get saved and avoid Hell.

He continued, “If you don’t know Jesus Christ as your lord and savior, if you don’t have a relationship, if he’s not the master of your life, if you’ve never gotten on your knees and asked him to forgive you of your sins, or if you are just a pretty good guy or a pretty good gal, you’re going to go to hell.” source

Waltrip also made a less than subtle reference to Ben Carson, a brain surgeon and likely 2016 Republican presidential candidate, who gave a controversial keynote address at the 2013 National Prayer Breakfast.

Jokingly, Waltrip said he wondered why he would be asked to be the keynote speaker. “I thought about it Mr. President, and I got it: I’m not a brain surgeon and I’m not running for office, so I’m the perfect guy to be here,” he said to laughter. “I hope that’s OK. My wife told me I shouldn’t say that, but she’s sitting down there shaking her head now.”

Personally, I think that Mr. Obama hand picked Mr. Waltrip to be the keynote speaker, because In his mind, Barack Obama looks down on NASCAR, probably considering it a redneck sport.

You will see exactly what I mean, when you read what he said when he took the podium:

“There aren’t many occasions that bring his Holiness under the same roof as NASCAR,” Obama said to laughter. “This may be the first. But God works in mysterious ways.”

Yes, Mr. President, God does indeed work in mysterious ways. He brought one of His children to speak on the same stage as a Buddhist monk. Mr. Waltrip’s words brought truth from the Word of God.

“Then spake Jesus again unto them, saying, I am the light of the world: he that followeth me shall not walk in darkness, but shall have the light of life.” John 8:12 (KJV)

Side note: After the Prayer Breakfast, a smaller and less advertised meeting took place. One hundred American Muslims and Buddhists were addressed by the Dalai Lama.

“His Holiness began by discussing the challenges that many Muslims have faced since the Sept. 11 attacks. A few individuals’ behavior he said, should not generalize the entire religious tradition—”It’s not fair, not right”—and added that he was concerned about the bad image Islam was getting. It is a service, he explained, for Muslims to stand up and not be complacent or indifferent in this environment, especially when Islam has such global significance. Muslim faith is about loving everyone, he said. “Muslim practitioners must extend love toward entire creation of Allah,” he said. The audience interrupted in applause.” source

“This I say therefore, and testify in the Lord, that ye henceforth walk not as other Gentiles walk, in the vanity of their mind, Having the understanding darkened, being alienated from the life of God through the ignorance that is in them, because of the blindness of their heart:” Ephesians 4:17-18 (KJV)