Muslims To Hold ‘Stand With The Prophet’ Rally In Garland, Texas

“I will stand with the Muslims should the political winds shift in an ugly direction.” – Barack Obama With the carnage and horror that took place in Paris at... 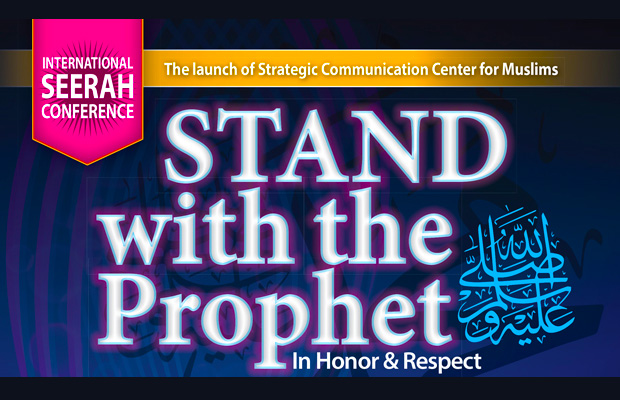 “I will stand with the Muslims should the political winds shift in an ugly direction.” – Barack Obama

With the carnage and horror that took place in Paris at the hands of Islamic terrorists, one would hope that Muslims who disagree with this would finally speak out. One would hope…

But instead, there is to be a “Stand With the Prophet in Honor and Respect” conference, a weekend forum that is being billed as a “movement to defend Prophet Muhammad, his person, and his message,” according to event information.

CLICK HERE TO SEE THE TRUE FACE OF ISLAM

“All these accusations were invented by Islamophobes in America,” the group claims. “As we celebrate the Prophet in our now annual, nationwide event: Stand with the Prophet, we recommit ourselves to rectify his image, peace be upon him.”

This annual event, filled with propaganda about Muhammad, should be rescheduled, in my opinion. Right now, this is an In Your Face to the entire world – still reeling from the terrifying events in Paris at Charlie Hebdo and the Jewish Deli, which took 17 lives before the terrorists were done.

Having a Muslim president, who stated that “I will stand with the Muslims should the political winds shift in an ugly direction.” (from The Audacity of Hope) the people of America have little to say about these things. Barack Obama has close ties with the Muslim Brotherhood, and he’s not ashamed to state this. To date, he still refuses to tie Islam with Terrorism. He never puts those two words together – Islamic Terrorism. Instead, he maintains that this sort of behavior does not represent Islam.

“Keynote speakers at the event will include Georgetown University professor John Esposito, founding director of the school’s Prince Alwaleed Bin Talal Center for Muslim-Christian Understanding, which has come under fire for, among other things, hosting 9/11 Truthers and a member of Egypt’s Nazi Party.

Also scheduled to attend the forum is controversial New York-based Imam Siraj Wahhaj, who was an “unindicted co-conspirator” in the 1993 World Trade Center bombings trial. Wahhaj has called the FBI and CIA the “real terrorists” and expressed a desire for all Americans to become Muslim, according to the New York Post.” source

It is incredulous to me that these people are doubling down with their tiresome and false narrative. I suppose having Obama in the White House gives them the “audacity,” and yes, I used that word on purpose!

Tags
Stand With The Prophet