One of the most ironic things that happened to me on Facebook was being repeatedly thrown out of Messianic groups. I thought that the group members would be like me – Jewish Christians. I was sadly mistaken. They spoke of Torah observance, the Jewish feasts, the keeping of the Law etc., etc. There was an occasional mention of Yeshua, but no emphasis on salvation through Christ alone. And most of the time I was the only Jew in the group!

Are you in the Hebrew Roots Cult Movement ? Come out from there and experience true freedom in Jesus Christ!

Most people who know me know I am a Jewish Christian. When I think of myself, I am Christian. I am a follower of Christ. The fact that I was born a Jew remains until my final breath; I did not cross over some line to become a Christian while leaving my Jewishness behind. It’s quite impossible to do that. I am a Christian who also happens to be an ethnic Jew.

I met another Christian Jewish woman years ago. She attended a Messianic congregation and was shocked and appalled that I did not. I told her that I’ve never felt the Lord urging me to do that. I find it clannish. I don’t want to only worship with other Messianic Jews. I want to worship with the Body of Christ. This woman was not happy with my reasoning, but I felt a conviction about my decision. I did not feel the need to hold onto Jewish customs. I felt free. Free to worship my Savior! 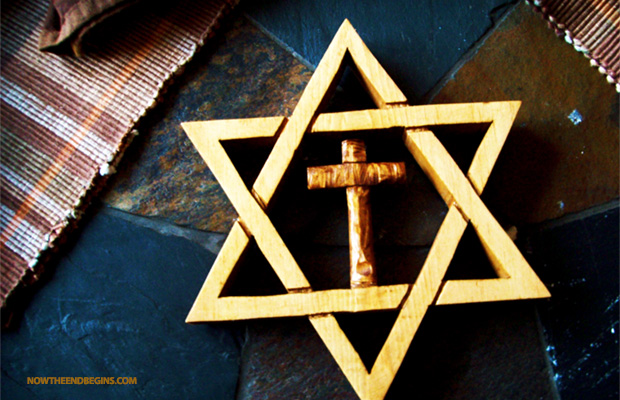 CLICK FOR MORE INFORMATION ON THE HEBREW ROOTS MOVEMENT CULT

One of the most ironic things that happened to me on Facebook was being repeatedly thrown out of Messianic groups. I thought that the group members would be like me – Jewish Christians. I was sadly mistaken. They spoke of Torah observance, the Jewish feasts, the keeping of the Law etc., etc. There was an occasional mention of Yeshua, but no emphasis on salvation through Christ alone. And most of the time I was the only Jew in the group!

I would remind them that believers in Yeshua are under the Covenant of Grace. I would say that Yeshua did not come to abolish the Law, but to fulfill it.

“Do not think that I came to destroy the Law or the Prophets. I did not come to destroy but to fulfill” (Matthew 5:17).

The leaders of the group would wholeheartedly agree with me, and use that Scripture to support and defend their doctrine. I used it to show them the legalism and hypocrisy they were preaching.

The prophets of God in the Old Testament cried out in the lands to which God sent them, “REPENT and turn from your wicked ways.” Invariably they were stoned or thrown out of that land. People knew that they were guilty as charged, but loved the darkness more than the light.

Do we actually believe that God thought that we are able to keep all of His Commandments?

His Commandments were given to Moses to:

Show that God is holy.

His standards are perfection.

Man is not able to keep all of His Commandments.

Jesus brought the Commandments to a whole new level. He said in Matthew 5:27-28:

“You have heard that it was said to those of old, ‘You shall not commit adultery.’ But I say to you that whoever looks at a woman to lust for her has already committed adultery with her in his heart.”

Clearly, our sin begins in our hearts. God sees this sin in us. For God to reconcile us to Himself, He had to deal with this sin, which separated us from Him. He sent His own Son—the Word made flesh—Jesus.

“And the Word became flesh and dwelt among us, and we beheld His glory, the glory as of the only begotten of the Father, full of grace and truth” (John 1:14). 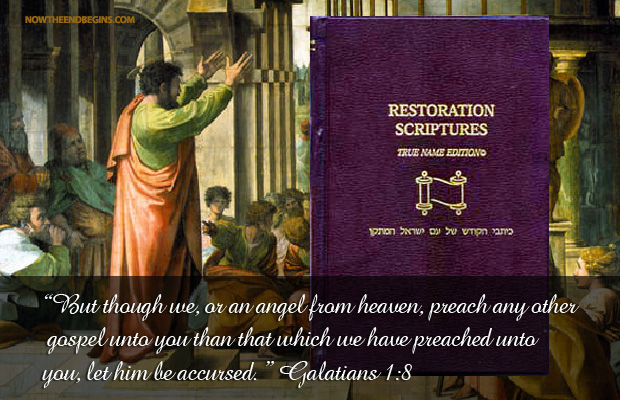 ARE CHRISTIANS COMMANDED TO KEEP THE SABBATH? CLICK IMAGE TO FIND OUT…

The PERFECT SINLESS SACRIFICE was the Son of God, Jesus. His death was the ONE Atonement for all sin. It was His blood spilled for us that brought us forgiveness. God sent His Son so that whosoever believes in Him would be reconciled to the Father and have eternal life. GLORIOUS!

“For He made Him who knew no sin to be sin for us, that we might become the righteousness of God in Him” (2 Corinthians 5:21).

So my question to the leaders of the groups was why would you want to go back under the Law that brought death, when you have been given the better Covenant of Grace by which the Spirit gives life? That was usually when my expulsion took place. One leader wrote to me privately, saying that I must have a demon and he would pray for me!

Are these modern day Judaizers? I would say that is accurate, except for the fact that most are not Jews. Are they dangerous? Most assuredly so. The teachings of these groups diminish the finished work of Christ on the Cross; making Him a liar. They are in essence saying “Christ lived and died as an example to us, but we must keep the law to be saved.” HERESY!! We are not able to keep the whole Law of God!

We are all precious to the Lord. It doesn’t matter from where we came; what matters is will we repent and trust Yeshua for the forgiveness of our sins? I was a born a Jew—so what? God’s plan from the beginning was that salvation would be offered to the whole world. And read about the partial hardening of the Jews (Romans 11) to make way for the Gentiles to come into the Kingdom. We are all blessed!

Are you in the Hebrew Roots Cult? Come out from there and experience freedom in Christ!

You will want to keep His Law. Our good works after we are born again in Him come naturally out of our grateful hearts to the Lord.

Our good works before we are born-again are as follows:

“But we are all as an unclean thing, and all our righteousnesses are as filthy rags; and we all do fade as a leaf; and our iniquities, like the wind, have taken us away”(Isaiah 64:6).

JESUS IS OUR RIGHTEOUSNESS.