The brother of two Coptic Christians thanked ISIS for allowing the “proclamation of faith in Jesus” to be heard in the video of the beheadings.... 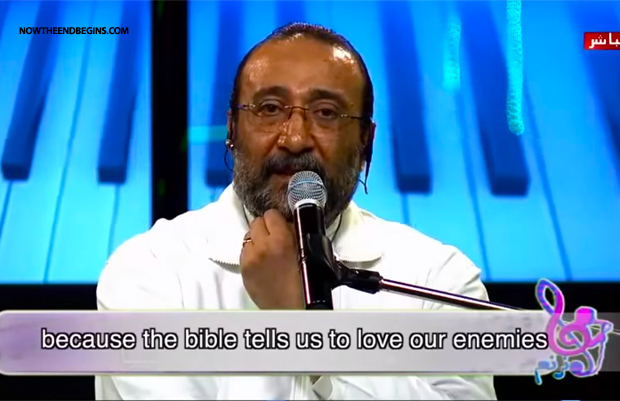 He thanked ISIS for allowing the “proclamation of faith in Jesus” to be heard in the video of the beheadings.

“And when he had opened the fifth seal, I saw under the altar the souls of them that were slain for the word of God, and for the testimony which they held: And they cried with a loud voice, saying, How long, O Lord, holy and true, dost thou not judge and avenge our blood on them that dwell on the earth?” Revelation 6:9-10 (KJV)

EDITOR’S NOTE: This is what real Christianity, biblical Christianity looks like and sounds like. The brother of 2 of the Christians slain by ISIS said in an interview the other day that he THANKED ISIS for allowing his brothers to have the opportunity to PROCLAIM JESUS before they were slain. If ISIS did that to YOUR family, would those words come out of your mouth? #RealChristianity

The brother of two Coptic Christians, slain by ISIS for their faith, spoke out. One would think that he might condemn the Islamic Terrorists, but instead, the sweetest words proceeded from his mouth. He thanked ISIS for allowing the “proclamation of faith in Jesus” to be heard in the video of the beheadings. He said that it strengthened his own faith by hearing the cries for Jesus Christ!

“Speaking on a live prayer and worship program on Christian channel SAT-7 ARABIC yesterday, Beshir Kamel said that he was proud of his brothers Bishoy Estafanos Kamel (25) and Samuel Estafanos Kamel (23) because they were “a badge of honour to Christianity.”

“He said: “Since the Roman era, Christians have been martyred and have learned to handle everything that comes our way. This only makes us stronger in our faith because the Bible told us to love our enemies and bless those who curse us.”

Invited to pray for his brothers’ killers, Beshir prayed: “Dear God, please open their eyes (ISIS) to be saved and to quit their ignorance and the wrong teachings they were taught.” [1] – source

Oh, Lord Jesus. Help us who love You, to have the faith and the love of these martyrs and of this man who has forgiven these terrorists of their horrible crimes. Help us to see ISIS and all Islamist terrorist, as unsaved people who need You so much, Lord. I ask this in the name of Jesus. Amen.