PM Netanyahu, speaking one last time before tomorrow’s election, is urging nationalists to vote Likud, saying that a left wing government in Israel will retreat along every front. “I...
by Geri Ungurean March 16, 2015
NOW THE END BEGINS SHARE:

PM Netanyahu, speaking one last time before tomorrow’s election, is urging nationalists to vote Likud, saying that a left wing government in Israel will retreat along every front.

Jerusalem, Israel – Ahead of tonight’s major nationalist rally in Tel Aviv, and just two days before general elections, Prime Minister and Likud party leader Binyamin Netanyahu spoke exclusively in English to Arutz Sheva, and appealed to right-wing voters to cast their ballots for Likud – saying only his party could prevent the establishment of a leftist government which would be essentially controlled by outside powers. 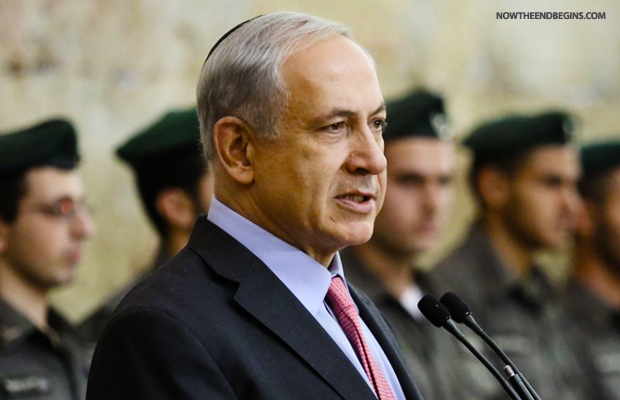 “The possibility is that if we don’t close the gap between Labor and Likud, then Yitzhak Herzog and Tzipi Livni will form a Left government backed by the Arabs that will retreat on all fronts,” Netanyahu warned.

“They’ll go back to the ’67 lines, they’ll divide Jerusalem, they’ll agree to this horrendous deal that’s being hatched up” with Iran, he added. “I believe there’s a real danger for the State of Israel and the land of Israel.” Speaking in English exclusively to Arutz Sheva, the Likud party head called on “English-speaking Israeli voters” to “go to the polls and vote for the one party that will change” the current picture, in which the “Zionist Union” joint list headed by Livni and Herzog currently leads in the polls.

Netanyahu went on to say:

“We could ignite a great religious war against a billion Muslims,” by changing things, he warned. “I stand up for Israel, the Temple Mount is very dear to me… but I wouldn’t change the status quo and create a religious war.”

“I’m careful, I’m responsible. I’m an ardent Jewish patriot, I’m a Zionist, I’m a proud Jew – but I also  have the responsibility as prime minister to do the right thing for the State of Israel and the continuation of the Jewish people.”